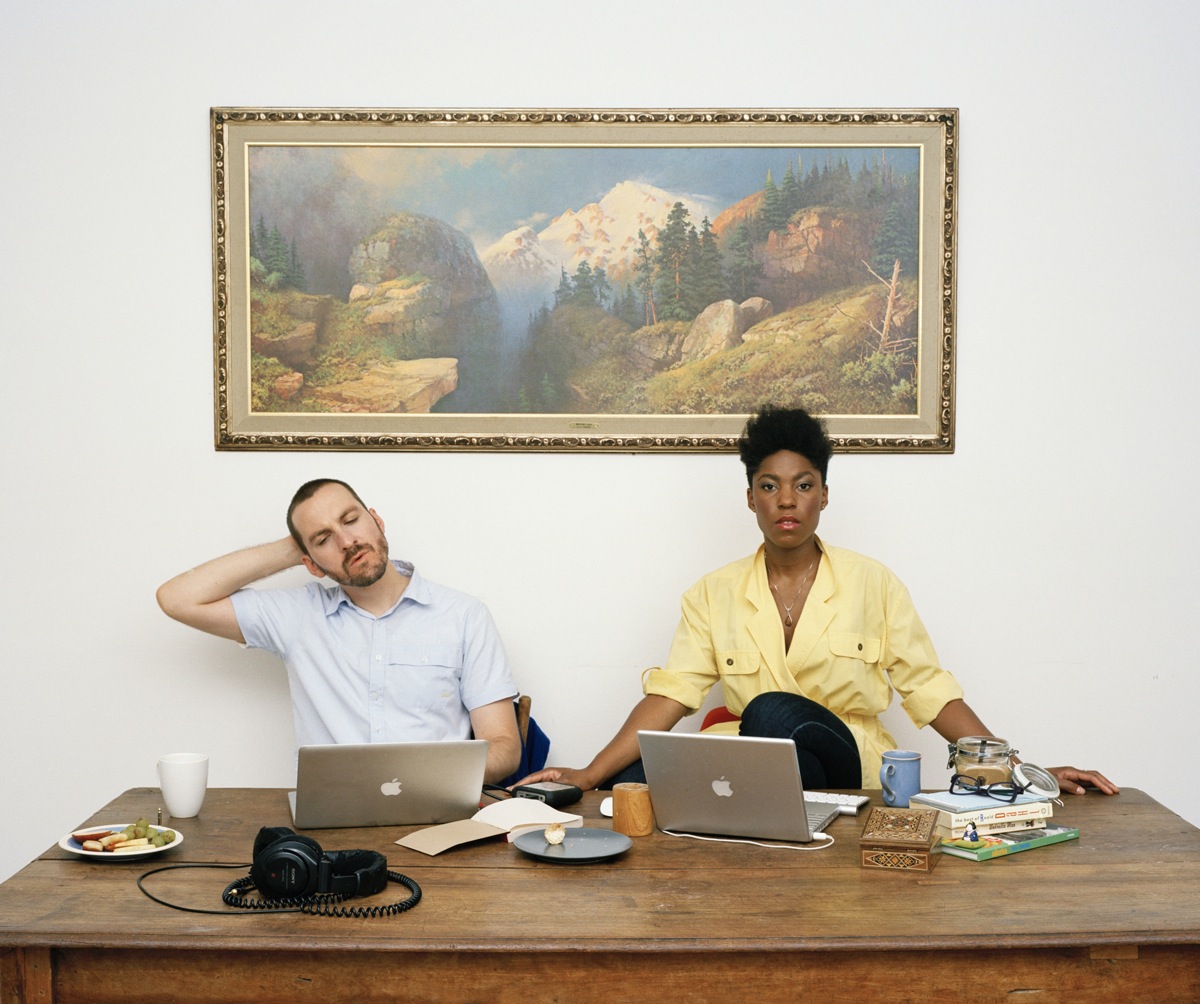 “A thoroughly refreshing mix of Yeah Yeah Yeahs’ sultry sass, Dirty Projectors’ complicated pop and dancehall of the clubs Bonjay was conceived in.” The Fly
“This is where the carnival and the experimental collide.” Metro

Drawing their name from Spice Island slang for “good god!”, singer Alanna Stuart and multi-instrumentalist Ian ‘Pho’ Swain have opened for bands such as Twin Shadow, tUnE-YarDs, Glasser, as well as playing alongside club acts Kid Cudi, Diplo, South Rakkas and Kingdom – a mix that fits a unique proposition of dancehall innovation, twisted pop sentiments, and R&B hooks. It’s an unlikely mix, but one that makes sense coming from two strong, contrasting personalities brought together in one of the world’s emerging melting pots.

Their debut UK salvo is the two tracker of Stumble/Creepin. Both songs are lifted from their Broughtupsy EP (pronounced “brought-up-see”) and comes from a West Indian patois for “well raised”, ie: how you were brought up. We like that sentiment almost as much as the format that is tethered to the aforementioned single which will be a highly treasured Bonjay-appointed handcrafted notebook with accompanying download code, and also stand alone digital download.

‘Stumble’ is a tune so big that its hook is played by an air horn. Propelled by a rising chant and insistent bass, it’s a song about that first party you went to that really blew your mind. As Ian explains. “Alanna and I met at Disorganised.  I started the night up with some friends at about the same time as The Rub, Hollertronix, and TRASH were starting up. It seems like a similar party was starting up in pretty much every city, it was just the feel of the time. Playing music from across the board, all the different scenes mixing at one party – it was such a fresh idea. That era is definitely over now but we wanted to eulogize it. Before people forget what it felt like.” It is also a track that is so great it sat up and begged for two separate video renditions. Both quite superb http://vimeo.com/15113665

‘Creepin’ is the emotional flipside – as lonely panic set in when the party’s almost over. As well as carrying a heavy emotional weight, the song takes a minimal edge with a sinister bass pulse and phasing synths – an unlikely marriage of introspective songwriting and the subtle side of dancehall’s hand claps and squelches. “I’m really happy with how this one turned out – the depth of it, the sentiments mixed with the syncopated claps, the way it’s constantly mutating. Never heard a song like this one before, and I always get excited when we finish a tune and I get that feeling,” says Ian. It tells the story of a woman fighting to save a relationship not worth saving, unaware that there’s much more out there for her. “This song is a conversation between a brutally honest friend and a woman who is fighting to save a relationship not worth saving,” Alanna explains. “She’s afraid her time is running out and she’ll secure a man, any man, out of fear of being alone. The narrator asks her “Why’d you fight so hard? To deepen the grooves of your scars? It’s a blind chase in the dark. Know the good in you…”

After making their UK debut this May at key London club shows and at The Great Escape, Bonjay are primed to be the name people are talking about. Their phenomenal transformation of Caribou’s Swim album standout ‘Jamelia’ http://www.youtube.com/watch?v=wVvk0sksY38 hints at their potential.

“They’re so hot right now, it’s ridiculous; and on merit. They make progressive, ambitious and experimental music that mashes dancehall and just about every form of electronic music made in the last ten years together” Okayplayer