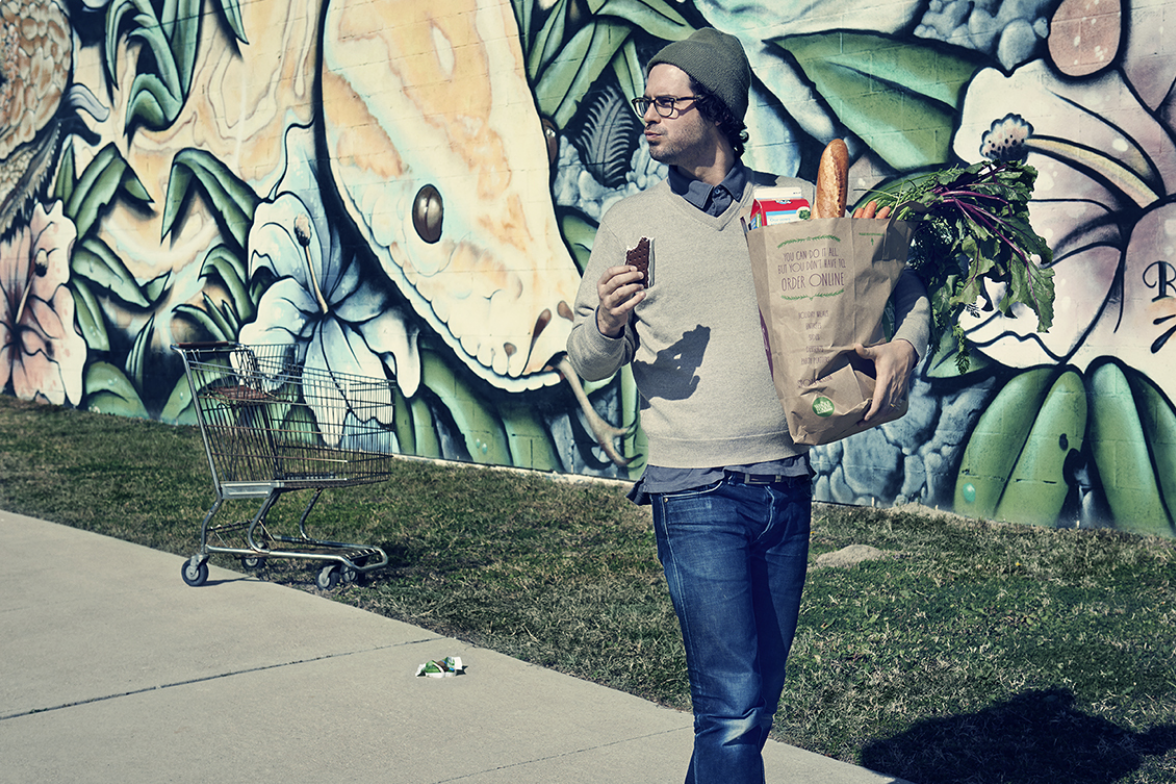 Listen to Dani’s Blues (It Was Beyond Our Control) here:
https://soundcloud.com/bop-english/danis-blues-it-was-beyond-our-control/s-nXsje

Bop English, the recording name of White Denim frontman James Petralli, has announced a debut record titled Constant Bop that will be released 13 April via Blood and Biscuits. In the making for over four years, Constant Bopis a widely collaborative project that features production from Jim Vollentine, 5th Street Studio’s Ryan Joseph and Nick Joswick, as well as Matt Oliverof Big Orange Studios and the band TV Torso. Constant Bop is the result of years of persistence and determination, having been created in the same period of time that it took Petralli to finish two White Denim records. It is an album born of real studio magic; dozens of musicians contribute to its ten tracks including White Denim’s drummer Josh Block, guitarist Austin Jenkinsand bass player Steve Terebecki, as well as former Shearwater bassist Kevin Schneider.

For this record, James Petralli didn’t want to be James Petralli. Not in a self-loathing, melodramatic way, but in the same way that Vanilla Ice probably didn’t want to be Robert Matthew Van Winkle. The name Bop English stems from a series of events earlier in James’ life, when he befriended Andy Pickett, a drifter he played music with. After James had left for college in Nacogdoches in the summer of ’99, he heard through a friend back home that Andy was struggling with employment. James drove home, found Andy and offered to share his college room with him. Andy ended up writing a book, and what Andy dictated, James typed. The end result was ‘The Chaperito Street Metaphor’, which Andy dedicated to Bop English. When James asked who Bop English was, Andy’s response was “that’s you man!”

The biggest difference between Constant Bop and any White Denim record is the amount of time James spent working on it by himself. “The musicians on this record still influenced and shaped the record significantly though,” he says. There are over one hundred days of studio time preciously invested in Constant Bop, which ultimately reflects in its sheer quality. The music exists in this way because of how frequently James writes, and there are times when White Denim can’t be around to help realise what he’s working on.

Always one to keep busy, James found himself heading back to Constant Bop whenever he had the chance, free of the restriction of deadlines and thus finding he had a lot more room to experiment. The musicians would generally come in for an hour or two, learn the tune and then improvise on it. None of the musicians who contributed ever met in the same room – the entire record was built brick by brick, sporadically but meticulously. “I listened to countless hours of audio playback, and near the end of mixing my skin tone began to resemble that of a cave dwelling salamander,” James recalls.

There are layers upon layers to explore on Constant Bop, with a serious attention to detail being applied to every track. “There’s this one technique that has been used by tons of producers, but it was my first time to see it applied to this extent with any level of success,” he mentions, referring to the pitched up guitar effect that’s found on ‘Sentimental Wilderness’. Scrupulous and ever diligent, there’s a ton to unwrap on Constant Bop, a record that jumps from vocoder use on a ‘60s-jazz influenced jam to sampled 808-kicks on country numbers. It’s all there, and it’s all distinctly James Petralli.

The final ten tracks James decided on for the record demonstrate timeless songwriting, revisiting everything from Bob Dylan and Jeff Lyne to LL Cool J and Santana for inspiration. It’s a rich and diverse record that’s teeming with pop classicism and zippy rock ‘n’ roll. First single ‘Dani’s Blues (It Was Beyond Our Control)’, is a prime example, effervescent and energetic with fizzing guitars and buoyant piano. On the other hand, juxtaposed underneath all the electricity are lyrics of uncertainty, a running theme that echoes across many of the tracks on Constant Bop.

Uncertainty can be a personal struggle, and as you might expect from an artist’s solo work, Constant Bop often finds James being more open than he perhaps has been in the past. On the jaunty ‘Struck Matches’, James recalls an immensely terrifying yet educational experience while under the influence, shaping phrases he wrote down during his trip into a weird, metaphysical character evaluation. ‘Falling At Your Feet’ on the other hand is a country song that pushes away from the mainstream preconceptions of the genre, and is a classic tale of coming home. “I’m constantly struggling with balancing my childhood ambition of being a rock and roller and being a good family man,” he explains of the track.

Yet Constant Bop also sees James stepping into the light as a storyteller, enriching his already vivacious and dynamic album with vignettes of tantalising characters. ‘Sentimental Wilderness’ is perhaps the most political song he’s ever written, harkening back to thoughts he’s previously addressed on ‘Let’s Talk About It’ and ‘Transparency’ from Workout Holiday. It’s a testament to James’ uncanny ability as a songwriter that Constant Bop brilliantly interweaves his own experiences with those of his dreamed-up narrators, with the one in ‘Have I Got It Wrong’ being a prime example – a song written from the perspective of a religious person who is questioning his beliefs, and the way he has chosen to live when faced with his own mortality.

Musically, Constant Bop is full of disparate influences, but under the spell of James Petralli it all makes for an incredibly coherent album. From start to finish, it’s as if embarking on a journey through James’ musical history, one that bears thrilling and enthralling moments each time the road twists and turns. 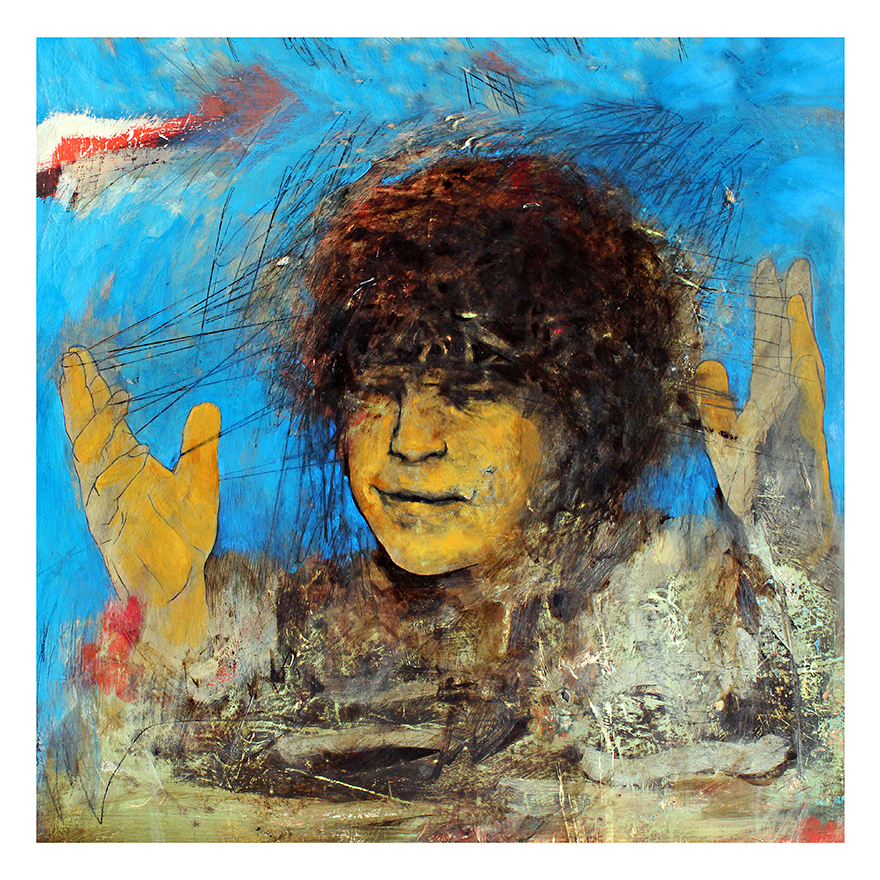 1. Dani’s Blues (It Was Beyond Our Control)
2. Struck Matches
3. Trying
4. Have I Got It Wrong
5. Fake Dog
6. Willy Spends An Evening
7. Sentimental Wilderness
8. Falling At Your Feet
9. The Hardest Way
10. Long Distance Runner