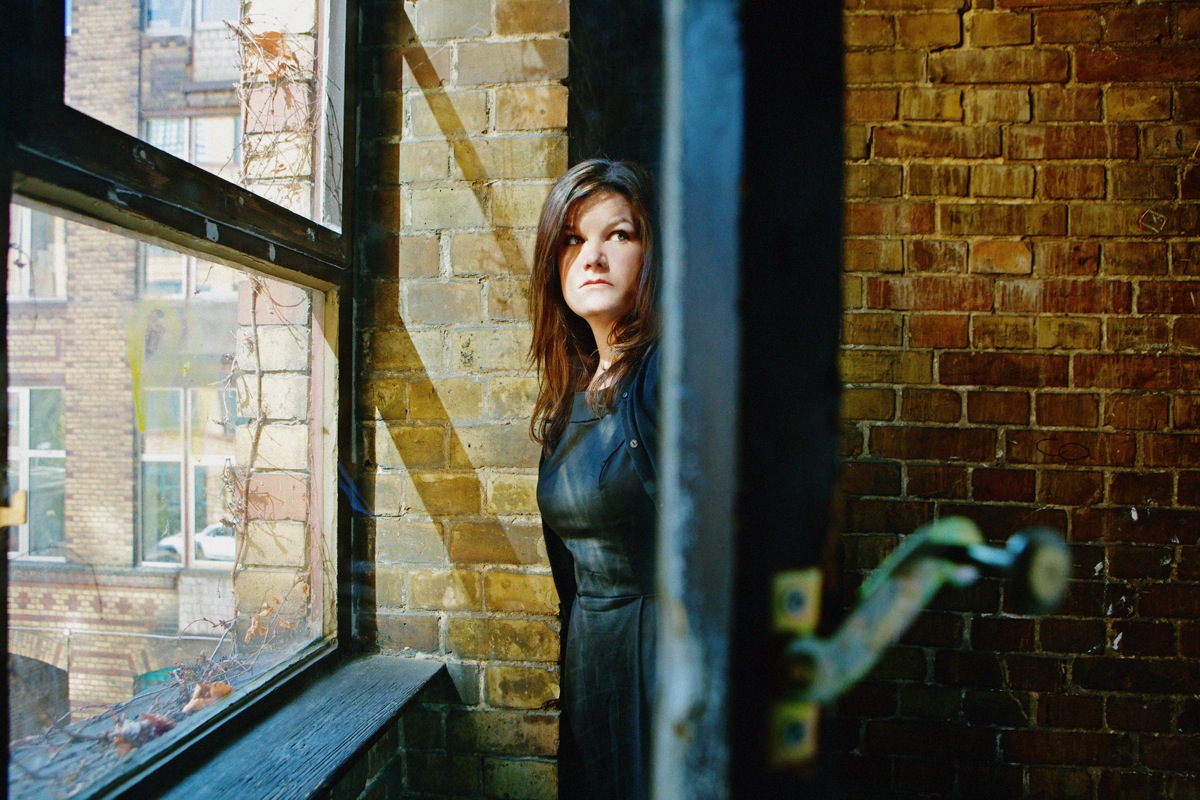 “I love Cortney’s sound and style; magical sparkles come out of her voice box”
Jim James, My Morning Jacket

“Boys offers overwhelming proof of Tidwell’s capacity at once to lull and to unsettle the listener with a voice that soars, swoops and disarms utterly… devastating” Sunday Times

“An album of grace, beauty and invention” 4/5 Q

Cortney Tidwell’s debut full length Don’t Let The Stars Keep Us Tangled Up came out of nowhere: its ravishing guitar pyrotechnics, brittle electronic excursions, intimate torch songs and a duet with Lambchop’s Kurt Wagner served as context for Tidwell’s spectacular vocals and ensured critics adored the record. Since the album’s release in 2006 it’s become something of a word of mouth phenomenon, helped by Ewan Pearson’s stunning remix of the title track (# 34 in Pitchfork’s Tracks of 2007, no less). Cortney’s also toured with Silver Jews, Andrew Bird and played shows with Martha Wainwright and Grizzly Bear. Now she’s back with Boys, her long awaited second album and her first for City Slang Records, and after two years in the studio the woman described as “Nashville’s own Little Sparrow” (an undisguised reference to Edith Piaf) has eclipsed her opening set with nonchalant bravado.

Cortney Tidwell comes from a country music background: her mother, Connie Eaton, had a brief brush with fame in the 1970s, and her father, like Tidwell’s husband (and co-producer) Todd, works in one of Nashville’s prestigious Music Row establishments. Growing up in the heart of Music City she spent her childhood years in her bedroom, avoiding the painful break up of her parents’ marriage by listening to a wide variety of music, headphones clamped to her ears. Swearing she would never follow the footsteps of her mother, whose brief taste of success also unleashed a series of psychological problems, she eventually succumbed to music’s lure, beginning by booking bands for a local pizza restaurant. This, however, came to a notorious end when an evening of punk rock ended in a riot that had to be broken up by police, and although she briefly formed a punk rock act of her own with another girlfriend, she eventually fell to making music alone, combining the various country influences around which she’d grown up with the music she’d discovered for herself.

Boys is the product of this history: it owes as much to Depeche Mode and Joy Division as it does to Loretta Lynn and Johnny Cash, and as much, if not more, to Great Britain as to The Grand Ole Opry. It’s an unlikely and unworldly mix, flowing effortlessly from the immaculate equilibrium of ‘Solid State’ to the krautrock-inspired ‘Seventeen Horses’, and from the John Hughes-esque nostalgia of ‘So We Sing’ to the homespun R&B-influenced ‘Bad News’. There’s also the starry-eyed majesty of ‘Palace’ and the touching innocence of ‘Oh, China’, while the archly titled ‘Being Crosby’ – a duet with Jim James of My Morning Jacket, whose immediate acceptance of her invitation to work together “was a dream come true” – sounds like Joni Mitchell and David Crosby calling to one another across Laurel Canyon. ‘Watusii’, on the other hand, offers an icy sparkle that hides a pumping heart and a hook that could land an oil tanker, and ‘Oh, Suicide’ is so devastating, almost traumatic, that it succeeds with one simple sleight of hand, in not only breaking your heart but also sending you straight back to the album’s start once again.

Were it not proof that Tidwell is blessed with a magical voice, a boundless imagination and the desire to create something that stands the test of time, Boys might appear to be a record that’s so ambitious as to be foolish. The boys in her band – Ryan Norris (guitars, synths, and the album’s third co-producer), Scott Martin (drums) and William Tyler (guitars) and Luke Schneider (guitars), also known as production team Hands Off Cuba, all members of Lambchop – leap recklessly but triumphantly from style to style, their work embellished further by a larger pool of talented and trusted local musicians. Amidst it all however, Tidwell’s voice is the silken thread holding the album together: athletic and graceful, as capable of immaculate innocence as banshee wails, it’s equipped with an irrefutable ability to strike right to the heart. Combined with her uncanny knack for melody and her strongest set of songs to date, Boys confirms that Tidwell is as comfortable with her own defiantly feminine side as she is with the boys who inspired her. Just don’t mistake her for one of them, even if she can beat them at their own game.