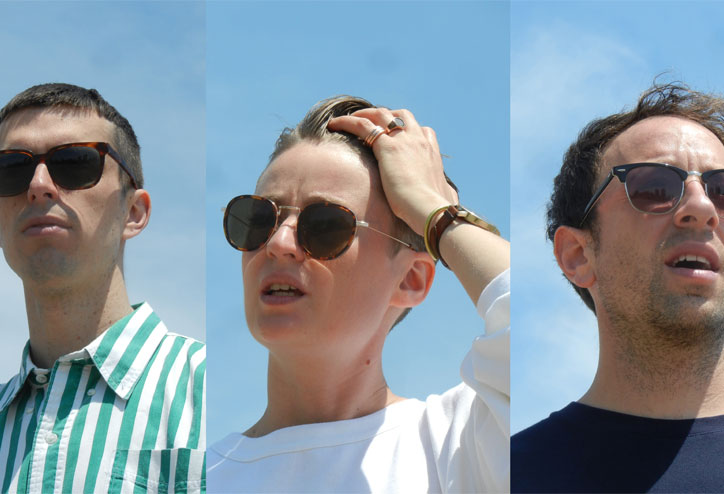 DIANA will release their anticipated self-titled debut album on 19 August via Jagjaguwar. Their first single, the dreamily anthemic ‘Born Again’ is available to download now.

DIANA are an enigmatic foursome from Toronto. Surely they must be putting something in the water with the number of great bands hailing from this city. Consisting of Joseph Shabason, Kieran Adams and singer Carmen Elle, with Paul Mathew recently joining the live line up, Shabason and Adams met while studying jazz at music college where they played extensively together. Having lent their skills (saxophone and drums, respectively) to many bands, including Bonjay, The Hidden Cameras and Shabason’s recent contributions to Destroyer‘s excellent Kaputt, it was a leap of faith to make their own full-length. But the time had come.

After a songwriting sabbatical in the Canadian countryside, Shabason and Adams went into the studio with engineer and co-producer Roger Leavens. They asked Toronto musician and vocalist Carmen Elle to sing on a track, as both Kieran and Joseph knew her from her work with other bands such as the much feted but short-lived Spiral Beach, all of whose members have since gone on to play in various successful Canadian bands from Austra to Doldrums. The pair thought her voice might add something special, this turned out to be a huge understatement. Even though Shabason and Adams wrote the songs, the lyrics and melodies belonged to Elle the moment they escaped her mouth, each nuanced phrase and melody deepening the sentiments. With this last dazzling piece of the puzzle in place, DIANA was born.

Right from the first note we’re reeled into DIANA’s intimate world, with the dense, ambient swell that begins album opener ‘Foreign Installation’.  A heady mix of drums, electric guitar and lush production, all sewn together and lifted by Carmen’s soothing vocal, their sound is addictive from the off. The pace is picked up with ‘That Feeling’, the detached refrain “We were blind to all the ways we sat and watched it fade away…” echoing through a mist of synths layered over insistent drums and bass. It is future music with an undeniable pop sensibility, though never overwhelming, the glossy yet sparse production always leaving just enough room for the imagination.

Album highlight ‘Perpetual Surrender’ boasts an impressive travelling bassline, with Carmen’s gorgeous vocal repeating “I need saving from myself” over crashing snares and perhaps the year’s best indie sax solo, all coming together to create well over four minutes of eerie, blissed-out ambience.

Though there are glances to music past and kinship with music present, there is a progressive and contemporary feel to the record. DIANA comparisons traverse eras and genres; from the soft-focus soft rock and pop of Avalon-era Roxy Music to the dreamy production of jj and Chromatics, topped off with the Balearic disco of Studio. While referencing so many, Carmen’s unique vocal brings them their own voice. For DIANA, the point is to push things forward, summed up with the embryonic bliss of instrumental closer ‘Curtains’, a startling piece of atmospheric production that stays with you long after the last sound has echoed into the ether.

Having wowed at this year’s SXSW, DIANA arrive in the UK for The Great Escape followed by a string of London dates in May.