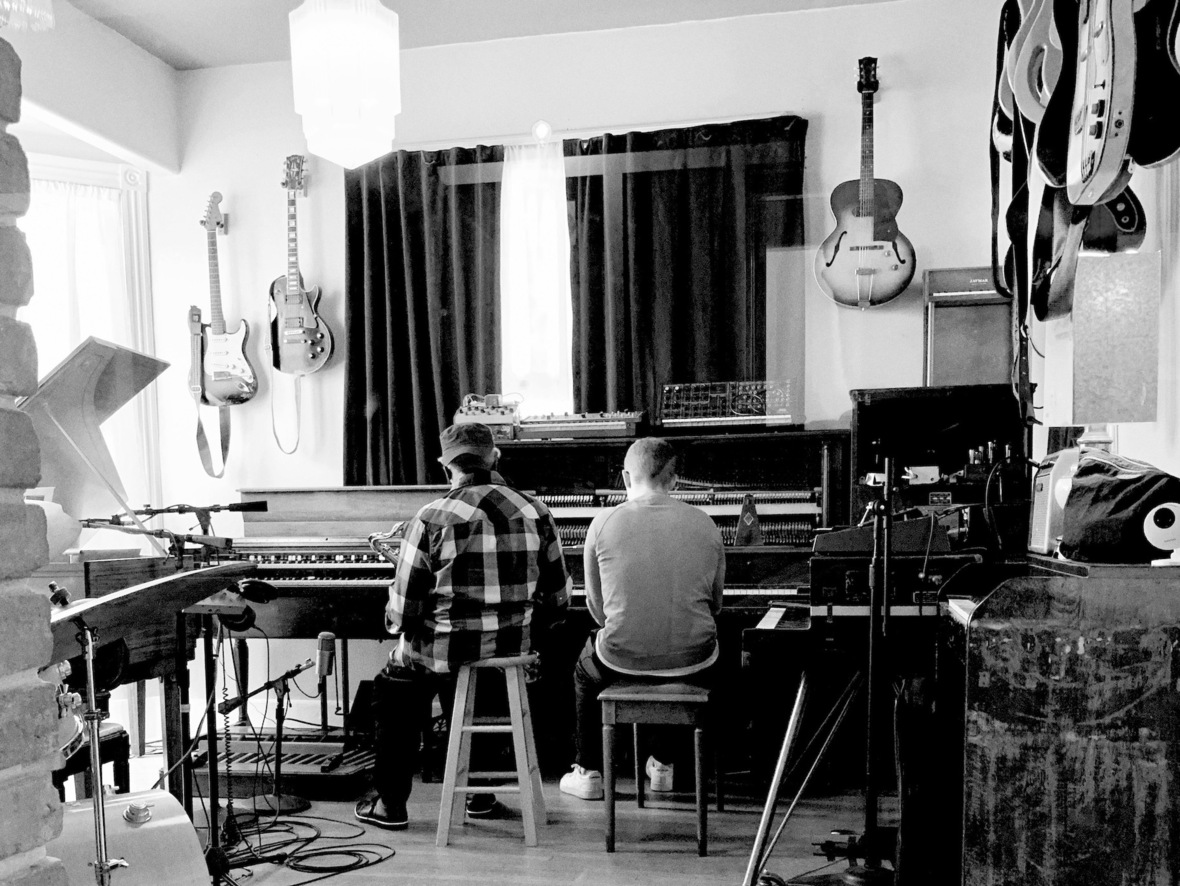 OUT NOW VIA LUAKA BOP

“As transfixing, transporting and thrilling as any you’ll hear this year”
10/10 Loud And Quiet ‘Album of the Month’

“An epic, intergenerational meeting results in one of the greatest modern jazz albums”
Resident Advisor

“A celestial event […] Promises stirs feelings that can be hard to name”
9.0 Pitchfork ‘Best New Music’

Floating Points, Pharoah Sanders & the London Symphony Orchestra‘s stunning album Promises was today announced among those on the shortlist for the 2021 Hyundai Mercury Prize.

Sam Shepherd aka Floating Points says of the nomination:
“I am honoured that Promises has been shortlisted for the Mercury Prize this year. It was a dream to work with Pharoah and to write for the LSO so I’m really pleased to share this moment with them. At a time of isolation it has meant a lot to me to hear how the piece has connected with people across all corners of the world. Thank you so much to all those who have listened to and supported this record and congratulations to the other shortlisted artists!”

A breathtaking, transfixing and historic collaboration, Promises was released by Luaka Bop in March and debuted at #6 on The Official UK Albums Chart among universal praise and critical acclaim unrivalled by almost any album this year including 5/5 The Observer, 5/5 The Times, 5/5 The FT, 9/10 Crack, 9/10 Clash, 9.0 ‘Best New Music‘ Pitchfork, 10/10 ‘Album of the Month‘ Loud And Quiet and much more.

Five years in the making, Promises was composed by Floating Points, aka Sam Shepherd. Shepherd and Sanders recorded the album together in Los Angeles in 2019. Shepherd also wrote and arranged the score performed by the London Symphony Orchestra, which was recorded at AIR Studios in London in summer 2020. The album’s striking artwork by acclaimed visual artist Julie Mehretu has since been transformed into a film in collaboration with Trevor Tweeten which will make its European premiere on the rooftop of London’s Barbican on 25 August. More details can be found here.

With the huge demand for the album having sold out all vinyl copies on pre-order before the official release date and the label cursed by the current delays across the world’s pressing plants, the highly anticipated vinyl represses of the album will finally be available again in late summer.

“As transfixing, transporting and thrilling as any you’ll hear this year”
10/10 Loud And Quiet ‘Album of the Month’

“An epic, intergenerational meeting results in one of the greatest modern jazz albums”
Resident Advisor

“The sound of a promise fulfilled”
5/5 The Financial Times

“An extraordinary feast of innovation”
9/10 Clash

“The album more than fulfilled; it astonished”
The Quietus

“An elixir for the soul”
The Vinyl Factory

“Meditative, transporting, challenging and enlightening — take time to absorb this one”
Evening Standard

“Promises will cleanse and exorcise your soul”
Vice

“A masterclass in atmospheric cross-pollination of musical styles, Promises’ warm, calm and peaceful serenity is the perfect antidote to real life 2021″
9/10 Future Music ‘Album of the Month’