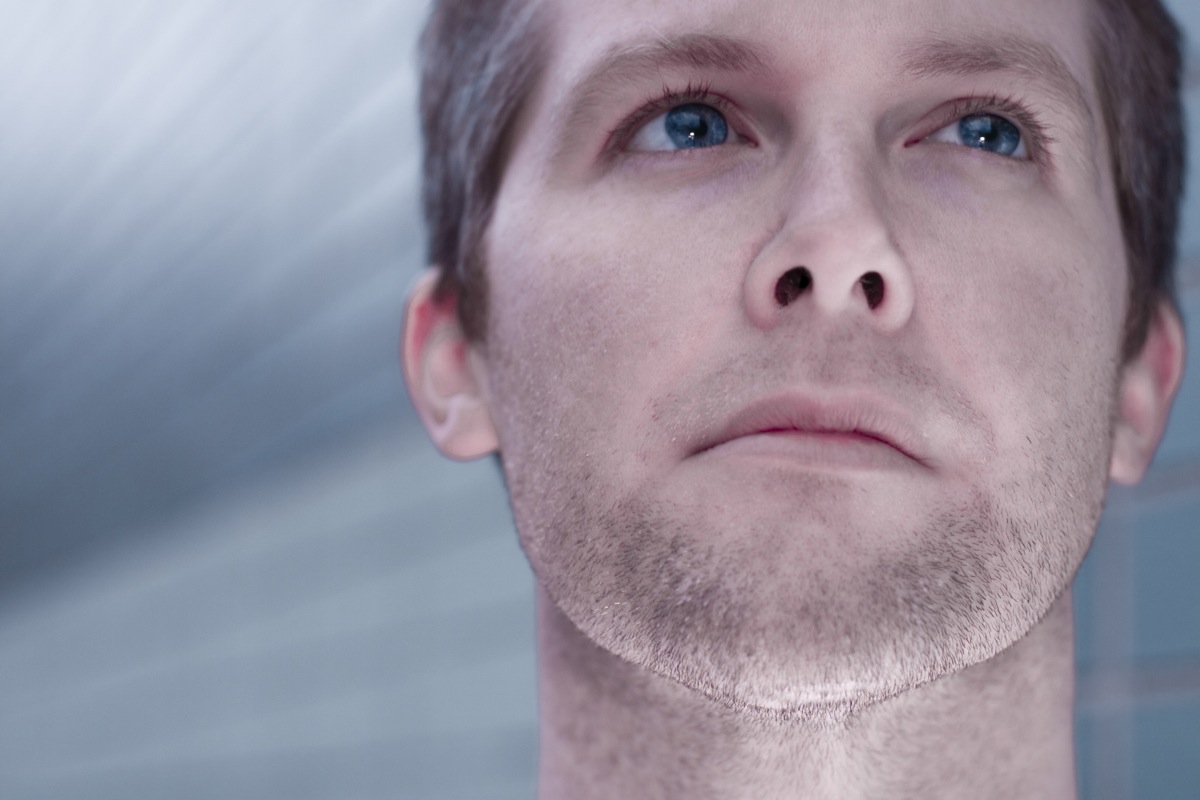 “Genius is usually a tag too lightly bandied around in music circles, but there’s a case to be made here” 5/5 Mixmag

“Strangely alluring… genuinely doesn’t sound like anything else before it” 8.4 Pitchfork

“A fascinating journey” Plan B

“These tracks aren’t just good, they’re as stellar and transporting as music gets” Fact

Kelley Polar – the former NYC-dwelling exquisite disco-with-orchestral-strings composer, and now New Hampshire-based recluse, follows his cult 2005 release Love Songs of the Hanging Gardens with his second full-length album, I Need You To Hold On While The Sky Is Falling.

Born in Dubrovnik, Croatia to parents in the US Diplomatic Corps, Polar was a musical prodigy, playing violin at age 3 and composing soon after, his early musical studies involving a stack of LPs, a plastic Fisher-Price turntable and his six-year-old, disco-loving sister.  The two would enjoy long afternoons on their parent’s bucolic New England estate, listening primarily to symphonic disco-orchestral compositions like “Magic Bird of Fire” and the works of Rinder & Lewis.  A misspent youth ensued, steeped in gentle lessons in piano, violin and finally viola, which would become his passion and primary musical vehicle.

By the mid-nineties, Polar was pursuing an advanced degree at the illustrious Juilliard School in NYC, and cementing his reputation for general deviance. By day, he took classes and held a job as a Teaching Fellow in Electronic Music; by night, he busied himself in the school’s tiny, ill-equipped studio.

His future was signaled by a freak meeting in the early 2000s with Morgan Geist, head of the Environ record label and esteemed Metro Area producer, alongside Darshan Jesrani. The duo was deep into the production of their first album and looking for live strings to complete their signature sound. Thus began the relationship that left a deep impression on Metro Area’s oeuvre.  Kelley Polar and his viola, usually supplanted by various Juilliard concertmistresses, began recording for Environ under the name Kelley Polar Quartet. KPQ would be heard on some of Metro Area’s biggest tracks – the all-time classic ‘Miura’, ‘Caught Up’ and ‘Dance Reaction’ to name a but a few – and even performed live with Metro Area on occasion.

Polar’s interest in music of the 18th and 19th centuries increasingly transformed into a desire to formulate and codify the “disco orchestral” string playing technique of the 70’s and 80’s. Access to Geist’s singular record archive filled his brain with a strange survey of domestic and imported disco, boogie, and electronic music. Refusing to specialize, he listened to both Kraftwerk and Schubert, Thomas Dolby and Dvorak. A suite of Kelley Polar Quartet 12”s, beginning with ‘Audition’ in 2002, became the buzz of taste-making DJs the world over.

Polar’s Master’s solo recital at Juilliard ended in catastrophe, as the basslines of his newest Environ tracks boomed out over Julliard’s recital hall to an audience that included his enraged teachers, sparking a riot that saw the musical miscreant expelled. The violist was now free to indulge his artistic impulses – as well as his lower passions.

Despite his recording career flourishing, Polar could no longer handle his self-destructive city lifestyle. Desperate for some sort of personal redemption, Polar severed ties with New York and began playing chamber music under an assumed name in rural New Hampshire, while working on what would become his 2005 solo debut Love Songs of The Hanging Gardens. Lush, embellished and brimming with high-pitched emotion, further evoked by his singing, the album received rave reviews for its unique and overwhelmingly beautiful sounds.

The new album, I Need You to Hold On While the Sky Is Falling, further crystallizes his bejewelled symphonic disco vision. Whereas Polar’s first album had moments as cold and mysterious as deepest space, I Need You to Hold On… is more intimate, more inviting, revealing arcane secrets and deeper levels befitting a composer as gifted as this.

But don’t put the poppers away so fast. Ever the mischief-maker, Polar does not forsake fun: fantastic rhythms and infectious basslines are woven into the intricate tapestry, and since it is once again mixed by Morgan Geist (Metro Area), I Need You to Hold On… sounds just as good as it feels, driving onward to even headier euphoric highs.

Today, Polar is the violist for the Apple Hill Chamber Players, a group known worldwide for playing primarily in conflict areas such as the Middle East, Northern Ireland and the Caucauses. Like his late nights producing records back in NYC, he still spends most of his time in a tiny cube, this one made of aged gray wood and surrounded by hay fields, living in a farmhouse basement studio, and is the caretaker of a herd of Scottish Longhair cattle.

Alone for weeks at a time during the long winter months, Kelley Polar’s mind and voice try to find quiet, and make sense of his life and his musical ancestors, from the Vienna of 1770 to the grandiose discos of Manhattan 200 years later…