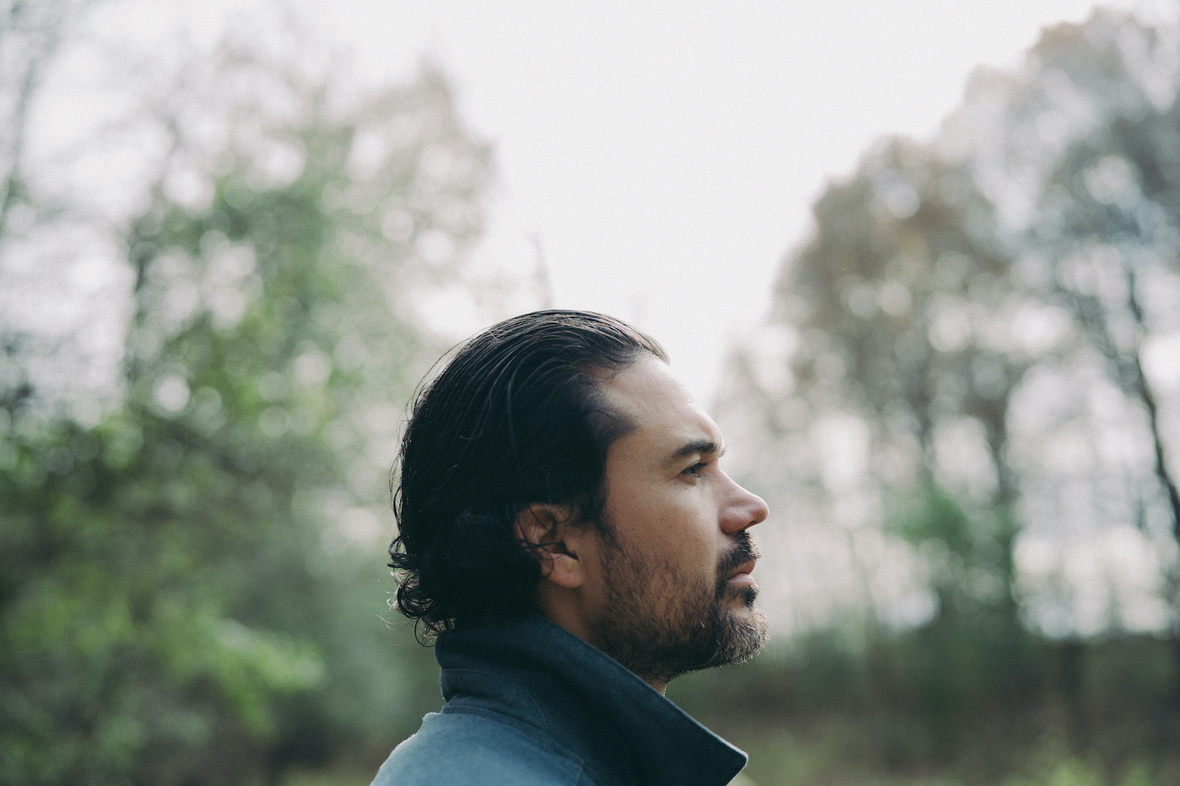 Watch the visualisers for both tracks here:
https://www.youtube.com/watch?v=SKBSOiE0Kpo&list=PLwyaHmv_8LY3Vre4VVTcwH61m6wEx-Hdr

Website | Facebook | Twitter | Instagram | Spotify Twenty-plus years into his career, producer/vocalist/songwriter/DJ Matthew Dear remains artistically unpredictable in pursuit of his prescient strain of electronically-formed, organically-delivered leftfield pop. His work traverses myriad musical worlds, belonging to none. But these fluid moves have not been without a few forks in the road, decisive turns, and what-ifs. Most notable is the pivot-point following Dear’s acclaimed 2007 avant-pop LP, Asa Breed, in which he broke away from the 4/4 grid of his techno/house debut Leave Luck To Heaven and into something much more wild and idiosyncratic. Traveling between his adopted Detroit and his home state of Texas throughout 2008 and 2009, Dear amassed a set of personal, playful, looping guitar-centric recordings he’d consider for his next album. Given the new momentum of the hybrid electronic pop of Asa Breed which led to critical acclaim and an opening slot for Hot Chip, Dear decided to shelve the material. He moved ahead to work on his watershed 2010 album, Black City, a steely noir set which earned him a Best New Music on Pitchfork and a worldwide tour.

This “lost album” had a sound and a rough title, a scribble on one of the CD-Rs passed to Ghostly label founder Sam Valenti IV. He never fully walked away from it, and merely kept moving down the road, waiting for the audience to catch up. Over a decade later, that time is now. Today Dear has announced the release of Preacher’s Sigh & Potion: Lost Album will come on 25 June via Ghostly International. Along with the announcement he has shared two lead tracks ‘Muscle Beach’ and ‘Supper Time’ along with visualisers by Michael Flanagan.

Speaking of the album and the lead tracks, Dear says:

“Thinking about this album’s material recently, I realised the benefit of having so much time away from these songs from an analytical perspective. I’m not the same person I was two decades ago. Who is? As a songwriter, this is great. I remember in surprising details things about the songs. Where I was, what I was trying to say, what I was trying to hide behind. Now in my 40’s, I can talk about those things freely without too much trouble. I’ve moved on from those places. I’m now the shrink sitting across from the younger gentleman laying on the chaise.

‘Muscle Beach’ is about a juvenile thief. I picture my father in the role, using images I have of him during his youth. He was from South Texas, during a time when anyone with Hispanic traces in their blood were immediately marked trouble. While my father shared some great tales with me, he never stole anything or was shot at. Instead, I see him as the quick witted kid just trying to escape meaningless oppression. He was proud of his character, and I know it would have killed him inside to be thought of as anything less than stellar. That’s him in muscle beach, just trying to get away from the dangerous pitfalls of being caught in the wrong place.

‘Supper Times’ is about me, as a twenty something wild kid getting a little too close to the edge. I usually wrote from the perspective of the good angel on my shoulder, or my wife Jen. Basically, the song says I can’t keep patching you up indefinitely, so you better figure this shit out or else. My music has been mostly a place for me to spell out some confusions and conflicts with just being me.”

Preacher’s Sigh & Potion: Lost Album finds Dear unknowingly at an intersection in his young run, a burgeoning songwriter at his most freewheeling and unaffected. Dear reflects as he listens back, “I love hearing how free and raw a lot of the production is. As we age, we get trapped in thinking our output or creativity needs to mature as well. Some of that is unavoidable, but listening to these songs reminds me to not think so much. It’s important to be in that world without consequence from time to time.”

Following his passing in 2017, it’s even more poignant now then it was at the time to hear the presence of Dear’s father in the music more clearly than ever before or even since. This was the first time Dear tapped so directly into his late father’s influence as a fingerpicking guitar player in the 1960s and ‘70s and a gateway to the music of John Prine, Townes Van Zandt, and Emmylou Harris. Dear details: “On one trip down to Austin, I took some of my dad’s equipment and tried to lay out a song using what I knew about techno arrangement but use his guitars and various small instruments to layer a more organic loop-based sound. I’d say that was the beginning of this album. Realising I could apply what I’d been doing in the computer to the other music I loved and grew up with”.Revisiting this material now also has Dear thinking about his father’s legacy, something that was touchingly explored in his 2014 Resident Advisor Origins documentary.

“He also showed me that anyone can play and perform for people, regardless of having albums or not. He was a very controlled and skilled guitar player but made it look natural and smooth. He had hundreds of songs in his repertoire and would play them nightly for us in the living room. He lived for music, and I hope I can pass that along to his grandkids.”Pre-order Preacher’s Sigh & Potion: Lost Album here:
https://ghostly.com/products/preacher-s-sigh-potion-lost-album