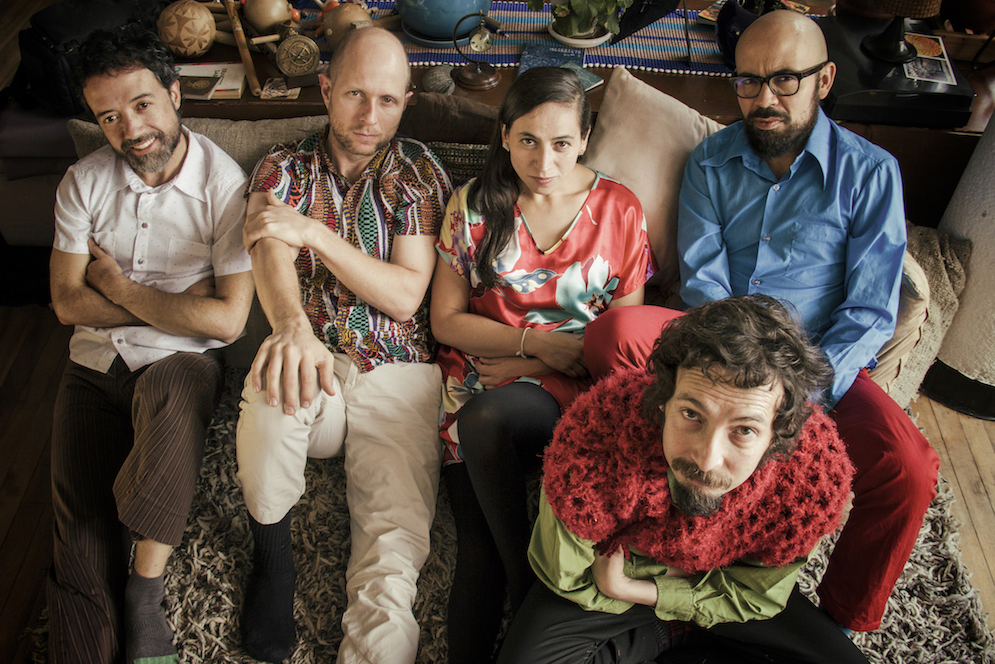 Meridian Brothers, the solo-project and live band of Colombian based Eblis Alvarez, have today announced their new album Cumbia Siglo XXI will be released August 21 via Bongo Joe Records. Along with the announcement they have shared lead single ‘Puya Del Empresario’. A thrillingly unique blend of EDM ‘sidechain’ techniques and traditional Colombian cumbia, the track bursts into being with impossibly infectious and off-kilter rhythm, fuzzy synth lines and snatches of vocals.

Alvarez says of the track:

This updating of the traditional cumbia sound of Alvarez’ native Colombia sits at the centre of Cumba Siglo XXI and is the reason why it sounds like nothing else. The album is inspired by legendary group Cumbia Siglo XX‘s experimentation with the traditional cumbia form in the late 70s and early 80s which lead to an entirely new form of the genre. Now Meridian Brothers take this style as a jumping off point and continue the experiment, thus the XXI iteration of cumbia music is born.

Cumbia Siglo XXI follows the success of Meridian Brothers largely acoustic album ¿Dónde estás María? (4/5 The Guardian) but as is typical to their prolific career so far, continues to push the band in new directions. For those unfamiliar with Meridian Brothers and their twisting, turning back-catalogue, this is a good place to start, with something entirely new.

Alongside influence from Cumbia Siglo XX as well as other 80s cumbia bands such as Grupo Folclórico and 2000 Voltios (whom the album’s striking artwork is a tribute to), Alvarez this time incorporates a multitude of guitars, synths, algorithmic software and any other tech he could get his hands on. This includes early drum machines as used by kraut pioneers Kraftwerk, another unlikely influence. Taking the simplistic, repetitive beats of early drum machines and applying them to create strong, energetic Colombian rhythms was no easy task but is just one of the frameworks Alvarez confined himself within in attempt to break out in the making of this album.

What created this record is a complex formula but it’s not one that necessarily needs unpacking, these are songs that can be taken at face value, baffling and brilliant. The simple formulas that make cumbia so infectious and joyful are still there. The songs are playful and surprising, the singing style bizarre and endearing. Alvarez only has one aim for Cumbia Siglo XXI, “I really hope people can still understand the search of the Meridian Brothers”. The key to that understanding is simply to listen, and enjoy.