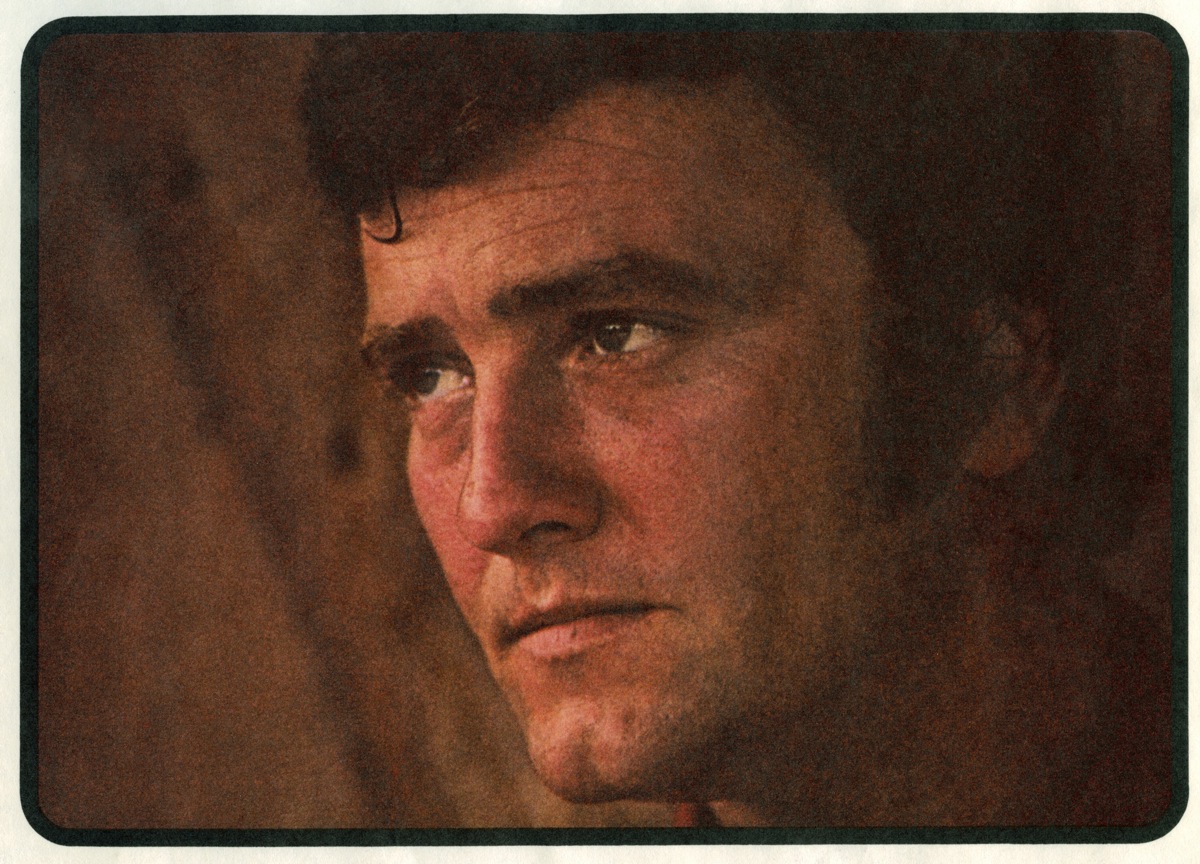 “An overlooked genius” 5/5 The Sun

“Newbury’s work is exquisite, written and performed with sensitivity, skill, understatement and imagination.”

5/5 Record Collector ‘Reissue of the Month’

“One of the finest-ever American songwriters” 4/5 Daily Mirror

“These albums resonate as powerfully today as they ever did.” 8.6 Pitchfork ‘Best New Reissue’

An American Trilogy collects three seminal early albums by hugely-influential songwriter and performer Mickey Newbury—Looks Like Rain, ‘Frisco Mabel Joy and Heaven Help The Child—as part of a 4 CD box set produced in association with the Newbury estate. The fourth CD includes a hoard of never-before-heard songs, alternate versions and demos from the same period.

Imagine the artistry of Hank Williams, the voice of Roy Orbison and the intensity and intimacy of Townes Van Zandt all combined in one man—that’s Mickey Newbury. The name may not be familiar but the songs, the performers they are associated with and the feelings they evoke, surely will be: ‘An American Trilogy’ (Elvis Presley), ‘Just Dropped In (To See What Condition My Condition Was In)’ (Kenny Rogers and the First Edition), ‘She Even Woke Me Up To Say Goodbye’ (Jerry Lee Lewis), ‘Funny, Familiar, Forgotten Feelings’ (Tom Jones)—just a few of the timeless compositions in the Newbury catalogue.

As the ultimate songwriter’s songwriter and the unsung hero of American popular music, Mickey Newbury’s influence is immeasurable. His early success as a songwriter in Nashville and his selfless and relentless championing of others paved the way for Kris Kristofferson, Townes Van Zandt, Guy Clark and David Allen Coe. Joanna Newsom recently cited the inspiration of Mickey Newbury (alongside Kris Kristofferson and Sandy Denny) as a songwriter with “the ability to compose a lyrical line that is so perfect, so distilled and clean and pure”.

Newbury songs have, to date, been recorded over 1300 times by more than 1000 performers including Johnny Cash, Scott Walker, Ray Charles, Joan Baez, Dolly Parton, Tammy Wynette, the Box Tops, Bonnie ‘Prince’ Billy and Nick Cave. He is the only songwriter ever to have number one hits (with different songs) in the pop, country, R&B and easy listening charts within the space of one year (three of those songs were in the charts simultaneously). But Mickey Newbury himself was by far the best interpreter of his own songs. Between 1969 through to his death in 2002, he recorded and released 20 albums that have been described as “one of the most brilliantly original and important bodies of work of any contemporary popular artist”.

Recorded between 1969 and 1973 at a home studio in Madison, Tennessee, called Cinderella Sound—in reality, a converted 2-car garage adjacent to the house of guitarist and engineer Wayne Moss—the albums that constitute An American Trilogy are regarded as key works in Mickey’s canon as a recording artist. He was backed on these records by Area Code 615, a group that included the cream of Nashville studio musicians—Charlie McCoy, Norbert Putnam, Jerry Kennedy, Kenneth Buttrey, Weldon Myrick and Wayne Moss—much the same crew who had just backed Bob Dylan on Blonde on Blonde, John Wesley Harding and Nashville Skyline. Mickey’s admiration of Sgt. Pepper’s Lonely Hearts Club Band and Pet Sounds helped shape his vision for these albums as cohesive works of art. They were the product of relentlessly experimental recording sessions driven, in part, by Mickey’s desire to realise the sounds he had in his head despite the limited resources at his disposal.

A visionary album in the vein of Love’s Forever Changes and Van Morrison’s Astral Weeks, Looks Like Rain immerses the listener into a vividly-painted emotional landscape of heartbreak, madness and despair tracked by the sound of wind chimes and rain. Mickey followed this masterpiece with another, 1970’s ‘Frisco Mabel Joy—recently voted number 6 in an Uncut reader’s poll of the 50 greatest ‘lost’ albums. Here he broadened the palette, incorporating the sound of the Nash Philharmonic, an ‘orchestra’ consisting of electric and steel guitars, to produce what Mojo described as “an hallucinatory suite of sad, soulful songs”. The cycle of Cinderella Sound albums ended in 1973 with a third epic, Heaven Help The Child, by which time Mickey’s increasing confidence in the studio was clear and he had definitively laid out his stall as a recording artist.

Mickey himself thought of these albums as one piece—conceptually, thematically, musically and lyrically. “[They] all tie together in my head,” he said. “Some of the songs refer to the same situation, just looking at it from a four-year difference in time.” And Peter Blackstock, the editor of No Depression magazine, has said of these records: “There may be no more fully realized cyclical trinity of albums in American popular music.” Once you’ve heard them you’ll understand why.

The albums, originally released on Mercury Records and Elektra, are being reissued through a new London and Berlin-based reissue label, Saint Cecilia Knows, in association with the Newbury family label, Mountain Retreat. Grammy winning engineer Steve Rosenthal and mastering engineer Jessica Thompson have restored the original analog master tapes— believed for many years to have been destroyed in a fire but recently re-discovered in the Elektra records vault—and created stunning new remasters of each album specifically for this release, making this the first ever CD issue of these landmark albums using the original tapes.

The set will be released in a custom-made and hand-printed box produced in association with Grammy winning designer Susan Archie (who designed the Albert Ayler Holy Ghost and Charlie Patton Screamin’ and Hollerin’ the Blues box sets). It includes an additional CD of previously-unheard and unreleased songs, rarities, alternate versions and a 1970 radio session recorded for Los Angeles DJ Skip Weshner. The booklet features rare photos from the Newbury family archives and extensive liner notes, including new interviews with the original musicians who played on the albums, friends and acquaintances such as Guy Clark, Steve Earle, Larry Jon Wilson, Jac Holzman and David Allen Coe, as well as original texts about Mickey Newbury exclusive to this release by Kenny Rogers, Will Oldham and writer Ben Fong-Torres.

An American Trilogy provides a rich and compelling introduction to Mickey Newbury, one of the most extraordinary and unique artists in American popular music