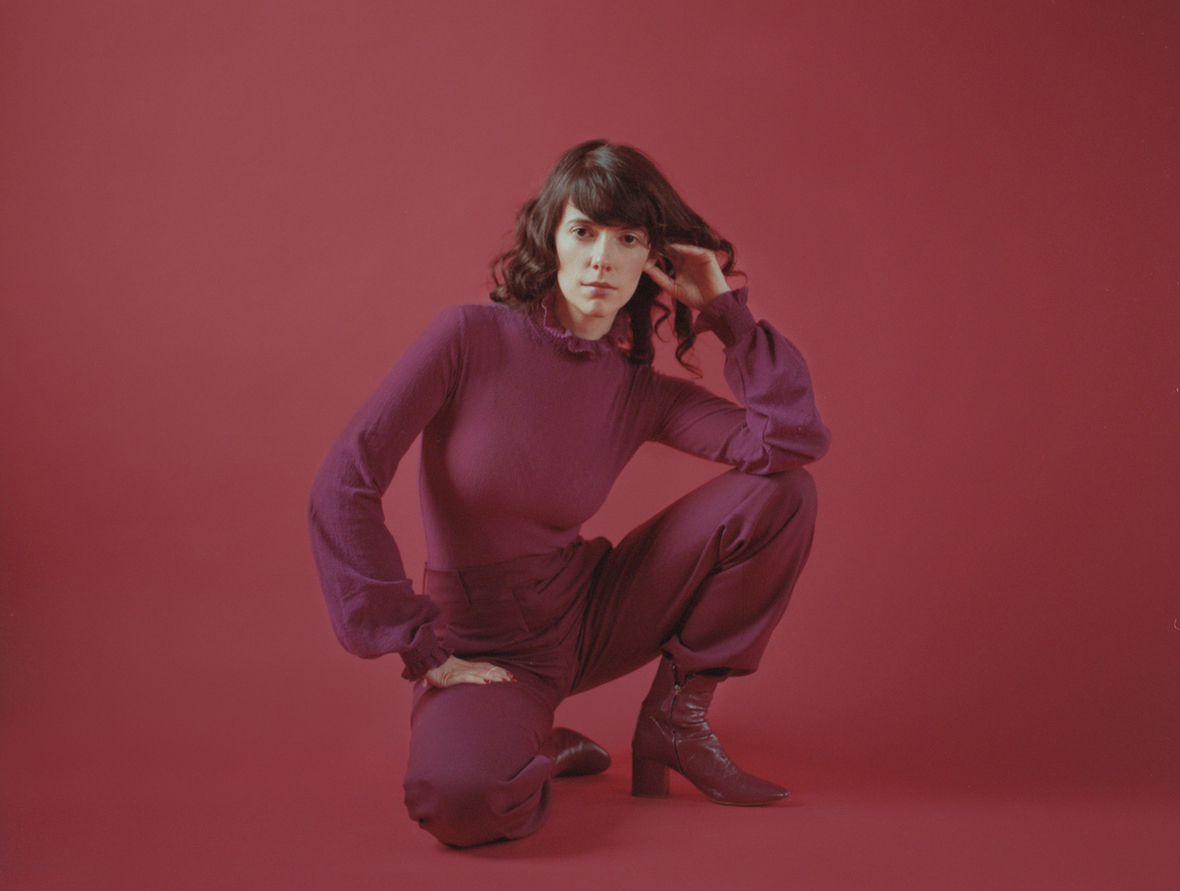 NATALIE PRASS ANNOUNCES ‘THE FUTURE AND THE PAST’, OUT 1 JUNE VIA ATO RECORDS

Natalie Prass has announced her new album The Future and The Past which will be released on 1 June via ATO Records. Along with the announcement she has shared the video for new track ‘Short Court Style’. The video was directed and produced by Natalie herself and Erica Prince with Jethro Watersas Director of Photography (Angel Olsen’s ‘Shut Up and Kiss Me video) . She has also announced a string of live dates including London‘s Bush Hall in April.

Natalie Prass had her new album written, her band ready, the recording studio booked. Then the 2016 election happened, and out of her despair and disappointment in those results came an impulse she could not ignore: she rewrote the album to reflect these swirling emotions. The result is The Future and The Past, a stunning snapshot of a musician in a state of personal rediscovery. The celebratory and defiant The Future and The Past also signals a significant artistic leap for Prass on the heels of her 2015 breakthrough self-titled debut album. It finds Prass tapping into deep, rhythmic grooves, nestled alongside quivering, lushly orchestrated ballads.

“I was devastated” explains Prass, speaking of the election result and her decision to scrap her album, “it made me question what it means to be a woman in America, whether any of the things I thought were getting better were actually improving, who I am and what I believe in. I knew I would be so upset with myself if I didn’t take the opportunity to say some of the things that meant so much to me, so I decided to rewrite the record. I needed to make an album that was going to get me out of my funk, one that would hopefully lift other people out of theirs, too, because that’s what music is all about.”

Like her debut album, Prass made The Future and The Past in Richmond, VA with long-time friend and collaborator Matthew E. White at his Spacebomb Studios. She added some new collaborations to the mix as well: Blue(Solange’s ‘A Seat At The Table,’ Blood Orange, Carly Rae Jepsen) and Michael Brauer (Beth Ditto). The Future and The Past is ripe with string orchestrations and piano flourishes, snaking synth lines and fuzzed out guitars.

The Future And The Past is bursting with a myriad of grooves and Natalie’s vocals float on top, light as a feather yet tough as nails. ‘Short Court Style’ is lush and buoyant, punctuated by handclaps, samples and a whistling synth line while lyrically she wields a sharp knife. Elsewhere, the love torn ‘Lost’ begins with: “Turn up the fader, its like a lightning bolt / we can’t be saved, so now I’m listening on my own / Once there was a time when you had me hypnotised / you realised that your finger prints were on my bones.” Empowering anthem ‘Sisters’ is a rallying cry: “I want to say it loud / for all the ones held down / we gotta change the plan.”

Natalie’s 2015 self-titled debut earned top 10 ‘Album of the Year’ mentions from Evening Standard, Sunday Times and Uncut. She played festivals such as End of The Road and Green Man and critically lauded headline shows including London‘s Islington Assembly Hall as well as an appearance on Later… with Jools Holland.

She will be touring through 2018 including her first UK headline shows since 2015 in April including a stop at London‘s Bush Hall.

Pre-oder The Future and The Past here.

“[Natalie Prass] is a record that never feels retro, just timeless”
5/5 The Guardian

4/5 ‘Album of the Week’ The Independent

“Assured, moving and soaked in a lush classicism”
4/5 Q