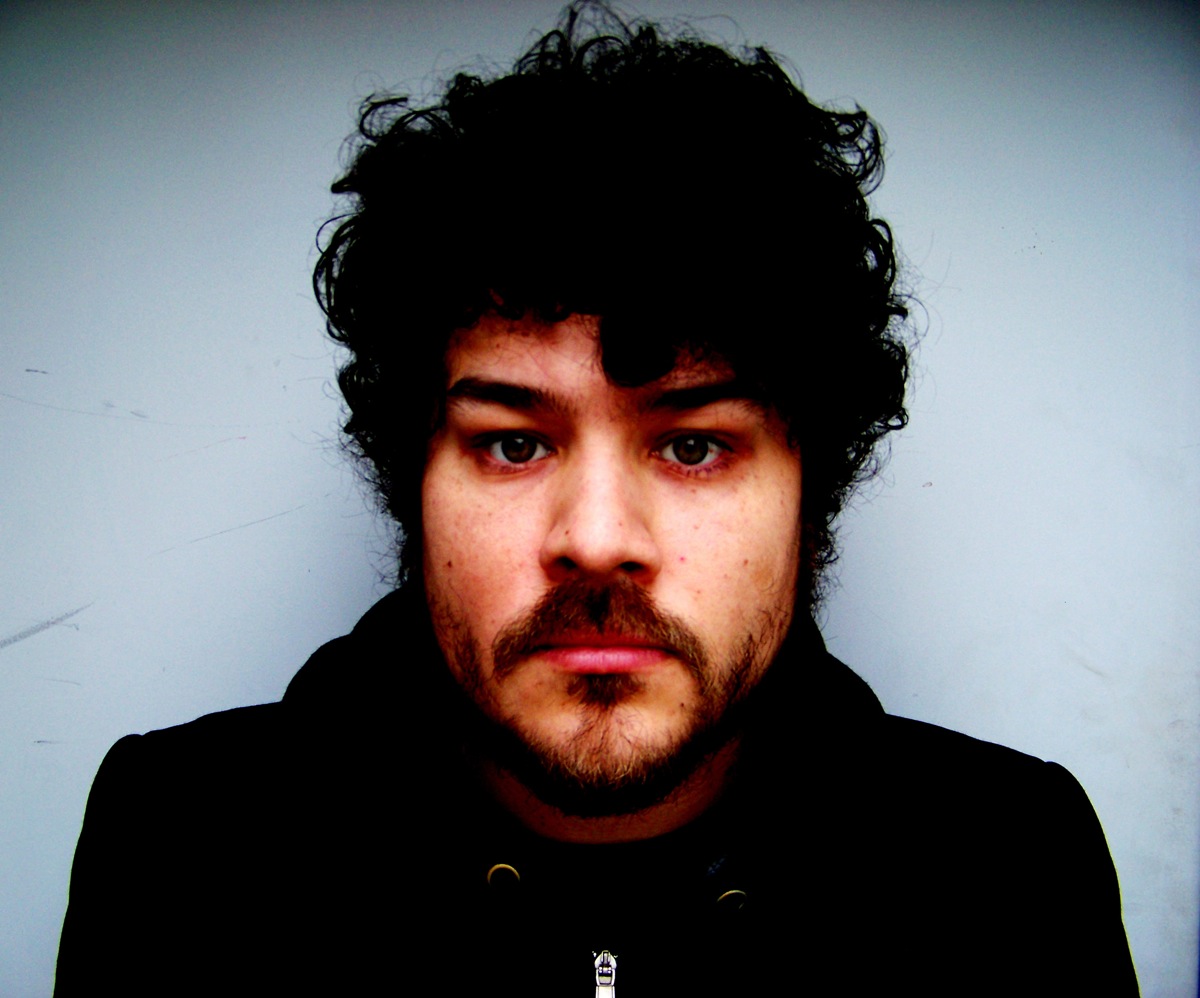 “The Atlantic Ocean is a compact, beautifully-realised collection of finely-wrought songs. Everything is just-so, evidently the work of a craftsman with a vivid and satisfying idea of how his records should sound” Uncut

“A rollicking celebration of life with warm, piano-led arrangements… a good-time album for now people” The Sun

“Many moments of beauty” The Independent Information

“His peppy keyboard pop….with a gently sardonic voice that oozes regret, is tailor-made for mass consumption; yet he’s so smart that you never regret loving every note.” 4/5 Spin Magazine

It is with great pleasure and no little pride that we welcome Richard Swift to the stage again with his latest musical quest, The Atlantic Ocean. Now, as we know, the Oregon-based songwriter Richard Swift is one of pop music’s true mavericks. Active in filmmaking, recently expanding into Producer status (helming Sweden’s up & coming Dag For Dag album debut) with a distracting blog, and also playing selector via a Sunday night radio show called National Freedom, on 106.7FM Cottage Grove, Oregon – his forebears are artists with the same kind of utter drenching musicality and creative glee that happily meets glorious natural ability – Randy Newman, Harry Nilsson, Paul McCartney, Alexander ‘Skip’ Spence, Prince. Swift favours the drums, piano and bass, but can pick up the banjo or turn his hand to a cornucopia of synthesizers and mellotron if the mood should take him. On The Atlantic Ocean, it does.

To bring us up to speed – Richard Swift’s opening sallies were The Novelist and Walking Without Effort (packaged as a double in 2005) introducing us to Swift’s oeuvre – literate (generations of the Swift family all the way back to 17th century Jonathan Swift are writers and musicians), obsessed with 70s production detail, self-deprecating, beholden to high ideals, and a keen, wry observer of modern life.

In 2007, Dressed Up For The Letdown brought him to the attention of the UK, accruing fans from Jonathan Ross to Zane Lowe, appearing live on the Album Chart Show (Ch.4) and Later… with Jools Holland, where he made the happy acquaintance of Jeff Tweedy and Wilco, who promptly took him on tour across the USA. An invitation was made for Swift to make use of The Wilco Loft to record. Tweedy even offloaded a vintage analogue tape machine that was just right for Swift’s next recording phase.

The initial results were heard in 2008 with an eccentric suite of releases. In April, the double EP– ‘Richard Swift as Onasis I & II’ saw him kicking out the jams – smokey, analog-fuelled dinginess of 60s garage rock, unhinged and unpolished song sketches and instrumentals. Maximum vibe and atmosphere, recorded live to four-track. In August we heard the ‘Ground Trouble Jaw’ EP. Within these more immediate tracks, the polished finesse of The Atlantic Ocean was seriously brewing.

Enlisting engineer Chris Colbert (The Walkmen) for recordings at Swift’s home studio National Freedom and The Wilco Loft, accompanied by multi-instrumentalist Casey Foubert (Sufjan Stevens, Crystal Skulls), Swift is on song and in fine fettle, largely relying on the piano for the melodic strength of the album and synths for the texture and colour. Swift himself refers to the album’s sound as “Prince sitting in on John Lennon’s Plastic Ono sessions”.

The title track bounces off proceedings all seamless and bright with a vampy piano, hot-to-trot backbeat and bubbling pop, with a perfect Swift opening salvo, “I’m part of the scene/Suit jacket and jeans/I got the right LP’s/I got the Lou Reed/And all the Blondie you’ll ever need”. Tapping his toes and lodging his tongue ever so slightly further into his cheek. The jaunty keys continue apace when they come out to play with a fruity sense of the absurd on ‘The Original Thought’.

A certain Mark Ronson co-produces ‘Ballad of Old What’s His Name’ recorded in New York City with a little help from Sean Lennon and a cracking lead guitar sound, Ryan Adams on backing vox, Wilco’s Pat Sansone on bass and Steve Moore on trumpet. “Mark and I have known each other for a little while now,” nods Swift. “Late nights over kebabs and record nerdery. We figured it was time to record together. So we did.”  A definite album highlight here – but the sure hand of Swift is all over this star-studded moment. Showboating is off-menu. This is Swift’s record, and as producer, songwriter and performer on drums, bass, piano, synthesizers, mellotron, guitars, banjo, gong, xylophone and not forgetting toy piano – indeed, he is the sole performer of all these on ‘Hallelujah, Goodnight!’ – it is a scarcely imaginable scale of talent on display throughout The Atlantic Ocean.

The mood shifts down a notch with the regret-tinged ‘Already Gone’, that soars with a swirling phalanx of beautifully arranged harmonies. ‘The First Time’ moves the spotlight to the banjo with swoony viola and synth swells, plus electric guitars ramping up the energy. Ragtime trombone and euphonium brass parades on ‘Bat Coma Motown’, alongside some lovely banjo licks cosying up to Spector-ish reverb laden guitar.

As we enter the final furlong, Swift really hits his musical stride with ‘The End of an Age’. It proves without doubt that he has balladeering chops, effortlessly gliding over cyclical, immersive keys. The tempo then peps up for ‘A Song For Milton Feher’, but nothing quite prepares you for the killer outro that is Swift’s falsetto on the deep northern swampy-soul of ‘Lady Luck’, a plea for chance’s grace to shine a light. In today’s homogenous multi-pack times, we hope she responds in spades as we need Swift’s idiosyncratic ilk more than ever.