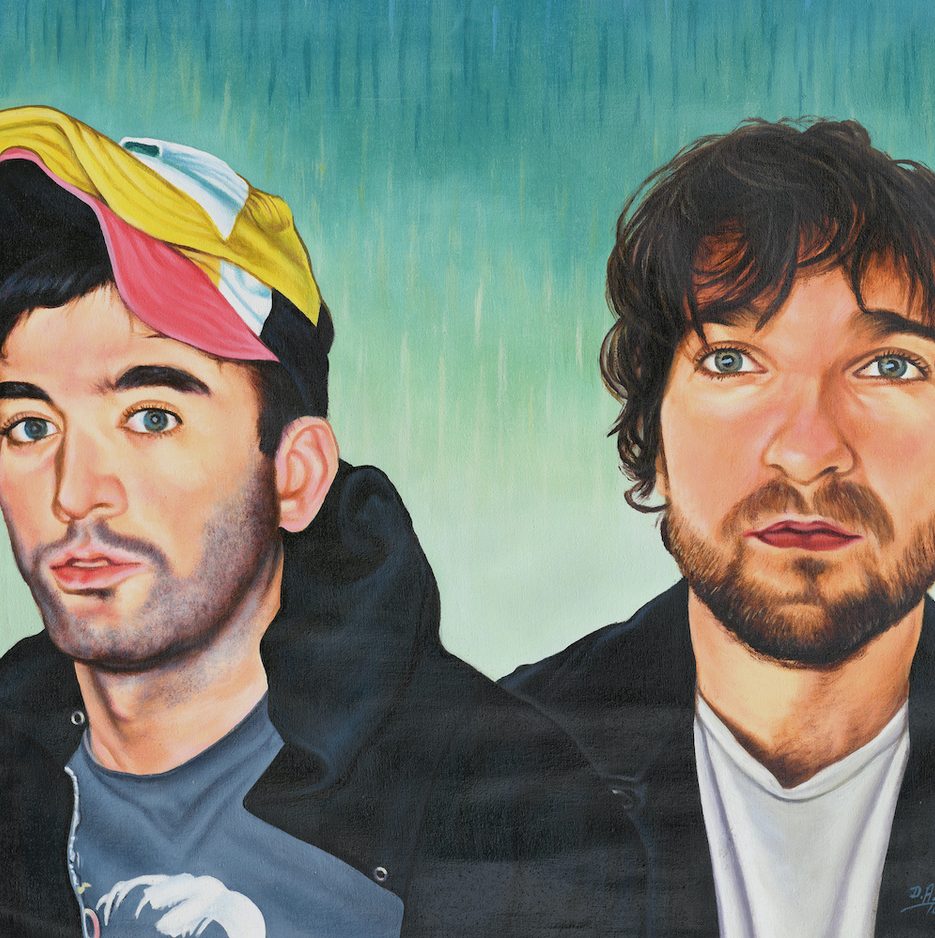 Watch the video for ‘Back To Oz’ here:
https://www.youtube.com/watch?v=00f2kSnIxfw

Sufjan Stevens and Angelo De Augustine have today shared two new songs. ‘Back To Oz’ (inspired by the 1985 film Return To Oz) arrives with a video directed by Alex Horan of Straight To Tell and animated by Clara Murray. ‘Fictional California’ (inspired by Bring It On Again) is also out today. Both tracks are taken from Sufjan and Angelo’s forthcoming collaborative full-length, A Beginner’s Mind, out September 24 on Asthmatic Kitty Records.

“This was a song that I had written mostly at home in California,” says Angelo. “We finished its lyrics after watching Return to Oz. The words reference an erosion of a central character’s internal reality. A loss of innocence is the impetus for a journey to find inner truth. In the film, Dorothy returns to the world of Oz to find its landscape in ruins and its citizens frozen in stone. Only she can find the ruby slippers and return peace to Oz. Only we can save ourselves, but we first have to remember who we truly are.”

“Angelo is mostly known for his intimate home recordings; his music is quiet and confessional,” adds Sufjan. “So for ‘Back To Oz’ we decided to go for something flashier. The song has a fun guitar groove, so we gave it some bass and drums, and Angelo even recorded his first electric guitar solo. It’s a sad song—being mostly about disillusionment—but it has a great party vibe too.”

“We love the dreamlike quality of ‘Back To Oz’ and how the chorus transports the listener to another world,” says video director Horan. “We wanted to evoke those same feelings through the visuals.”

“I love to make anything and everything come alive—the clouds, a fork—everything has a soul and can become a living, breathing thing. So the idea of creating a whole world engrossed me”, says Murray, animator for the video.

The new tracks follow ‘Reach Out‘ and ‘Olympus‘, released last month.A Beginner’s Mind’s 14 songs are inspired by films Sufjan and Angelo watched while writing together for a month at a friend’s place in upstate New York. Choosing a movie to unwind after each day’s work, they soon began finding inspiration in their nightly entertainment, using the concept of shoshin (literally “a beginner’s mind”), the I-Ching and Brian Eno’s Oblique Strategies as guiding principles.

Pre-order special coloured edition vinyl, other formats, and related merch including a 7-inch of ‘Back To Oz’ and ‘Fictional California’ here:
https://sufjanstevens.ochre.store/

Sufjan Stevens is an artist, songwriter and composer living in New York. He has released nine widely lauded studio albums and a number of collaborations with fellow musicians, choreographers and visual artists from the New York City Ballet and the celebrated director Luca Guadagnino to his stepfather Lowell Brams and noted dancer Jalaiah Harmon.Angelo De Augustine is an artist and songwriter living in Thousand Oaks, California—a suburb north of Los Angeles, where he grew up. He has released three albums including his self-released debut, Spirals of Silence (2014), and two for Asthmatic Kitty Records, Swim Inside The Moon (2017) and Tomb (2019).

High-res images can be found here.