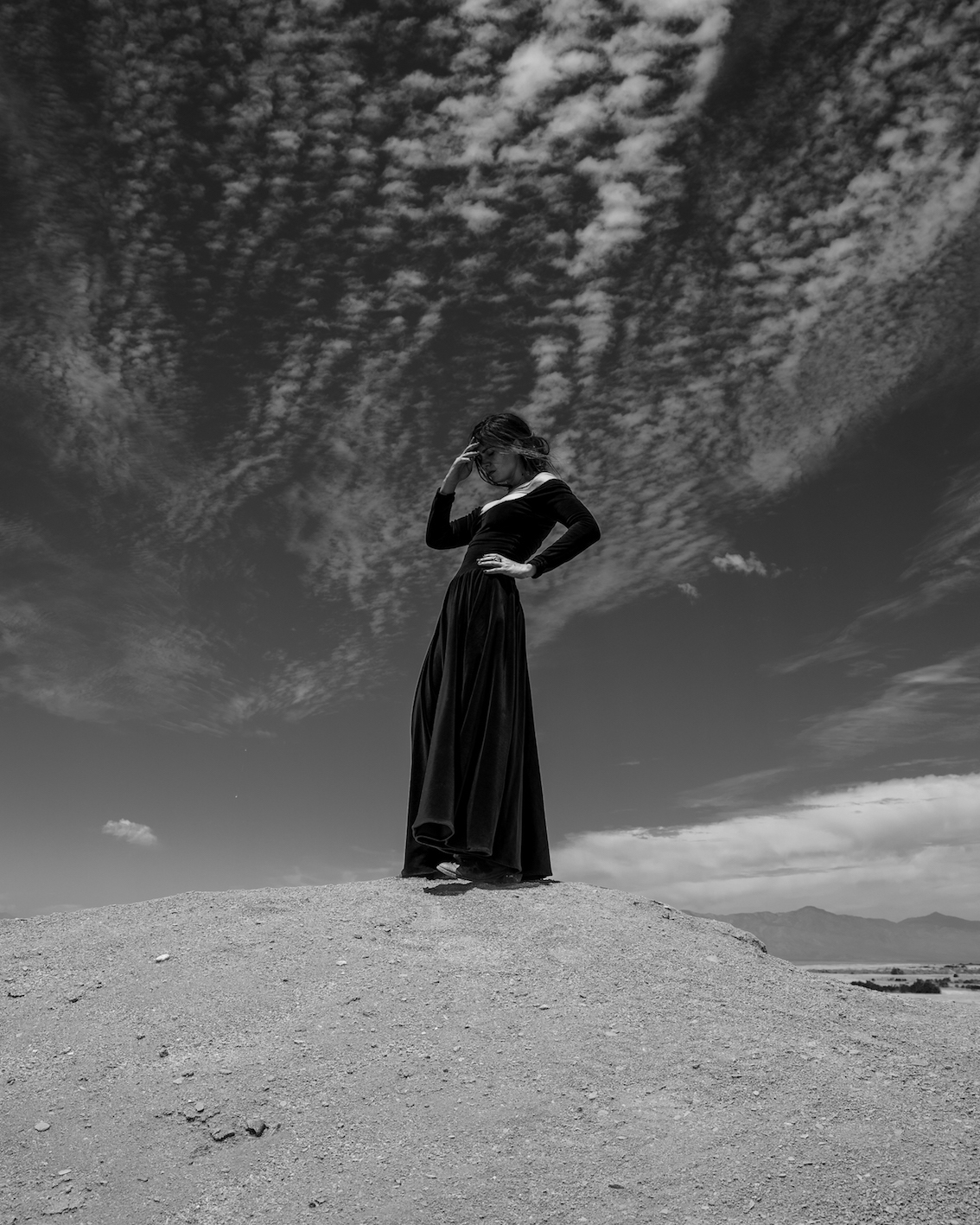 PLAYS LE GUESS WHO? FESTIVAL IN NOVEMBER AS WELL AS SHOWS AT ROUGH TRADE EAST AND ROUGH TRADE BRISTOL

Vera Sola has today announced that she will release her debut album Shadeson 9 November as well as sharing the video for lead single ‘Small Minds’. Though a longtime member of Elvis Perkins’ band, Shades marks her first solo effort.

Speaking of the video Vera Sola says:
“I wanted the visuals to convey a sort of opulent decay. The degradation that comes with the power of technology: of our bodies, of possibility for meaningful connection, of any jab at true romance. And the loneliness of all that—the extreme and singular loneliness that comes with physically being with someone while they’re off in the cloud, in the ‘net, all webbed up somewhere else.”

Vera Sola grew up between New York City and a farm in Canada, raised by artists, writers and seekers. As a child she was surrounded by music—training early on as a dancer, learning to play piano, and later teaching herself guitar and bass. Writing too was always a passion. Considering she holds a degree in Literature from Harvard, it’s fitting that Vera Sola’s songs are arranged to give words a well-earned place at their center. On Shades, Vera employs her background in poetry to explore at once the generalities and subtleties of the nature of ‘femininity’. Each song speaks the story of a different feminised character—whether a spurned lover, a stolen country, an anthropomorphised rhinoceros or biblical first woman—delivered with a skilled literary approach and signature turn of phrase.

Recorded in St. Louis at Native Sound Studio, Vera wrote, played and arranged all of the parts on Shades. With her distinct voice as a foundation, traditional instrumentation and the music of found objects are woven into a soundscape that is all at once complex and sparse.

Vera Sola will perform at this year’s Le Guess Who? festival as well as playing in-stores at London’s Rough Trade East and Rough Trade Bristol