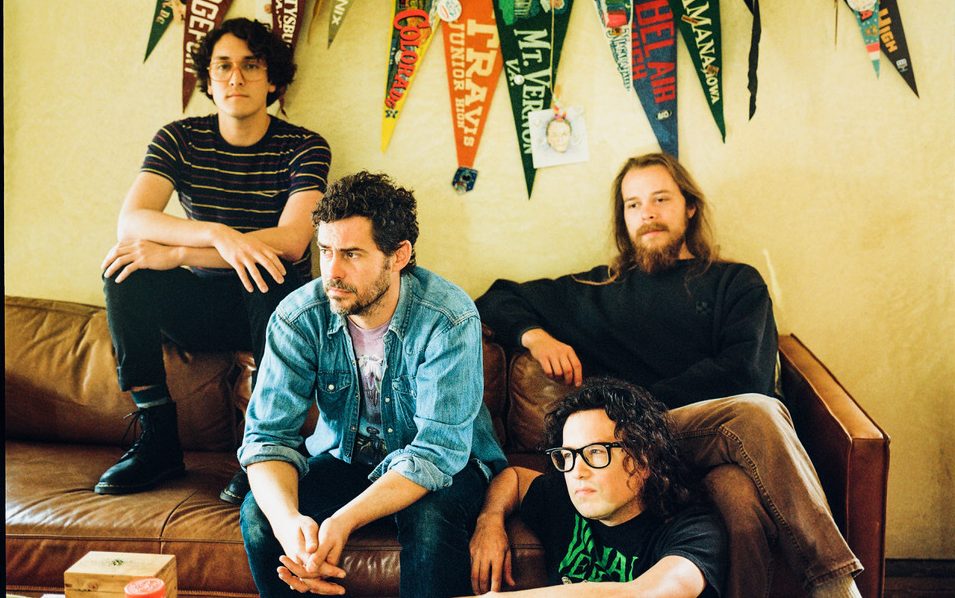 White Denim have today shared a new single ‘Crystal Bullets’ as part of an upcoming 12″ vinyl release also featuring additional track ‘King Tears’ which will be released on 23 July via their own English Mallard label. ‘Crystal Bullets’ is tethered by an irresistible groove while bright, breezy sax and intricate guitars allow it to float playfully, effortlessly skyward.Speaking of the track/video the band’s James Petralli says:

“The music for ‘Crystal Bullets’ was inspired by the groove of the great Bernard Purdie and the signature chopped and screwed (slowed and throwed) production techniques of Houston, Texas’ Robert Davis Jr., better known as DJ Screw. The lyrics for Crystal Bullets were written by our longtime friend and collaborator Andy Pickett. In the late nineties Andy and I spent many hours cruising around Ft. Worth in a cloud, listening to Curtis Mayfield, Arthur Lee, Daft Punk, and Big Maybelle. Our years of friendship combined with our deep reverence for the masters and a willingness to try to measure up with our own work has led to another fresh piece of White Denim music that we couldn’t be more thrilled to share.”

“This video is a love letter to the Mohawk in Austin, TX, and the incomparable feeling of catching a good band with friends. The Mohawk was where it all started for White Denim. We were essentially the house band there for years. The owner James Moody covered our rental of a tan Mountaineer to get us to our first CMJ and also let us rehearse in the green room at the club before he painted it green. Without his support our story would be much different.”