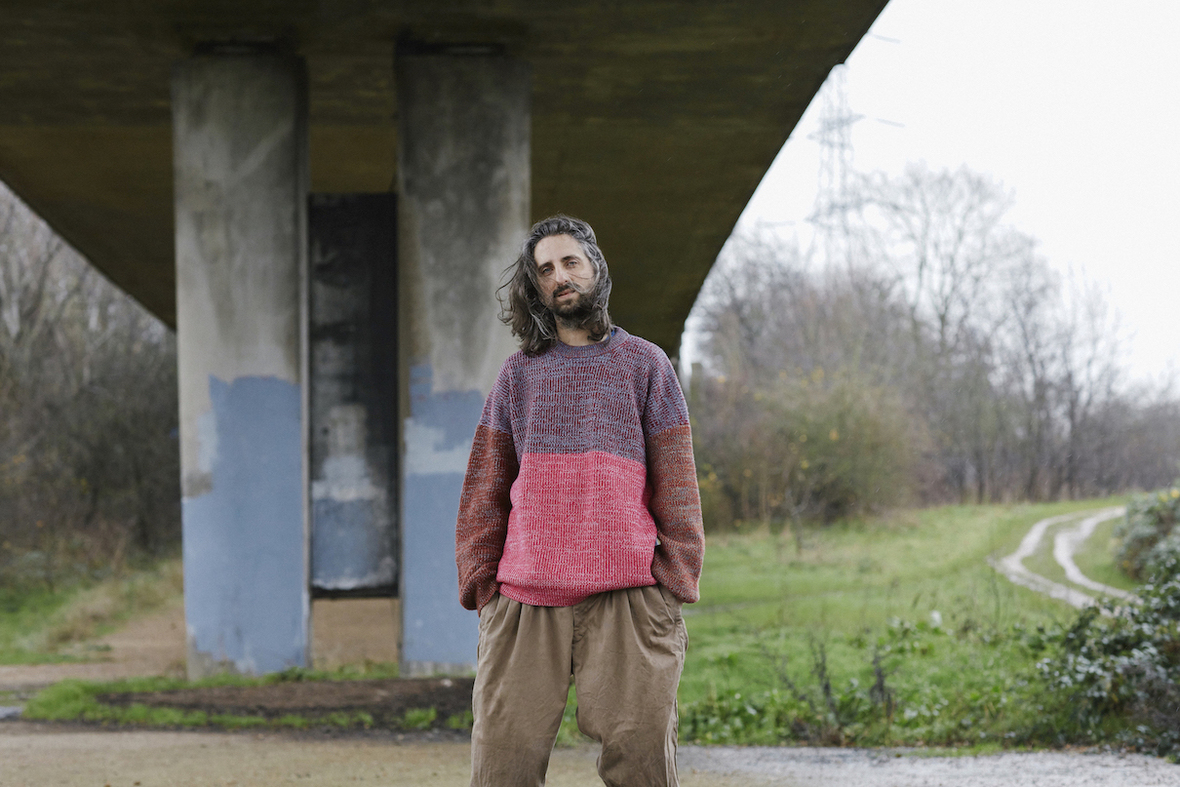 JAMES HOLDEN ANNOUNCES NEW ALBUM IMAGINE THIS IS A HIGH DIMENSIONAL SPACE OF ALL POSSIBILITIES, OUT 31 MARCH VIA BORDER COMMUNITY

James Holden has today announced his new album, entitled Imagine This Is A High Dimensional Space of All Possibilities, will be released on 31 March via Border Community. The album is the first since 2017’s The Animal Spirits (“Dramatic, colourful and Holden’s fullest-sounding work yet” 9/10 Loud And Quiet). Along with the announcement he has also shared lead single ‘Contains Multitudes’, an almost ten minute long joyful synth and tabla jamboree that breaks down seamlessly around the midway mark into bold piano flourishes and trembling violin, setting out the stall and yet barely scratching the surface of Holden’s latest journey. Holden has today also announced a show at London‘s EartH on 13 April with tickets available here.

Speaking of the track Holden says:
“I’d been looking at John Stezaker’s collages, where things collide and it feels like it opens a window into them, thinking a lot about musical approaches to that idea, then the end part of this just appeared in my head as I listened to the loops of the beginning part. The two songs are opposite musics but also completely contained inside one another.”

“I wanted this to be my most open record, uncynical, naive, unguarded, the record teenage me wanted to make,” says Holden of his generically unconstrained new album of rave music for a parallel universe. “I used to balance my clock-radio on a wardrobe to catch the faint pirate FM signals from the nearest city, dreaming of what raves would be like when I could finally escape and become a New Age traveller.”

This may have ultimately eluded Holden, as by the time he was old enough to actually go to raves the UK’s infamous Criminal Justice Bill of 1994 had long since clamped down and instead in 1999, when he was just nineteen years old, he fell into a professional career in the more commercialised end of dance music. But here and now, with this latest album offering that tops off a musical career spanning over twenty years, Holden is seeking to recapture that feeling of hope, freedom and possibility (both musical and otherwise) that characterised those venerated earliest days of dance music, when the boundaries of the distinct genres as we now know them had yet to crystallise, and a starry-eyed teenage Holden was still dreaming in the bedroom of his Leicestershire village.

Standing in contrast to the expanded band and live take recordings of its predecessor The Animal Spirits, Holden’s fourth solo artist album is more of a continuous sound collage, artfully juxtaposing audio worlds in his own inimitable manner. But where his first wave forebears pilfered freely from the history of recorded music to date, Holden’s sample sources are custom generated, drawn from recordings of his own performances on the modular synth, keyboard, organ and piano plus the lesser explored drones of his childhood violin, cut-up bass guitar, overblown recorder, all manner of percussive trinkets and the serendipity of the odd field recording, as well as guest contributions from various members of the wider Animal Spirits live family: long-time touring companion drummer Tom Page, tabla-championing percussionist Camilo Tirado, multi-instrumentalist for hire Marcus Hamblett (here, on double bass and guitar solos) and saxophonist Christopher Duffin.

Holden is an artist who has traditionally found it difficult to settle, no sooner finding himself momentarily aligned with one musical milieu before he is off onto the next thing. But Imagine This Is A High Dimensional Space Of All Possibilities also seems to represent a coming-to-terms with his own musical past, with subtle nods and callbacks to notable moments in Holden’s sonic history: undulating dancefloor melancholy, spiralling kinetic pixie arpeggios and hazy vocals awaken the distant memory of his erstwhile career as an international DJ and remixer to the stars, whilst the driving synth and drum, pagan thud, synthesised strings and woozy shimmering nostalgia of his landmark The Inheritors era (Resident Advisor ‘Album of the Year’) remains omnipresent, albeit with a somewhat lighter and brighter sheen.

The hefty album title is suitably suggestive of the utopian sense of hope, freedom and transformative potential that resonated throughout early rave culture, but it was actually discovered scrawled in Holden’s own notebook after a long night of delirious hyper-focussed coding as a message to his future self.

Imagine This Is A High Dimensional Space Of All Possibilities will be released via Holden’s own proudly DIY Border Community label on 31st March 2023, on double vinyl, CD, digital download and streaming. For the album’s distinctive hand drawn artwork and accompanying twelve page comic booklet insert, Holden called upon Amsterdam-based illustrator and musician Jorge Velez to help flesh out the visual component of the immersive fantasy world that is conjured up in the album. The result is a twelve panel storyboard (one per track) documenting the rave rituals of an alternative reality populated by magical creatures.

Pre-order Imagine This Is A High Dimensional Space of All Possibilities here:
https://jamesholden.bandcamp.com/album/imagine-this-is-a-high-dimensional-space-of-all-possibilities

1. You Are In A Clearing
2. Contains Multitudes
3. Common Land
4. Trust Your Feet
5. The Missing Key
6. In The End You’ll Know
7. Continuous Revolution
8. Four Ways Down The Valley
9. Worlds Collide Mountains Form
10. The Answer Is Yes
11. Infinite Fadeout
12. You Can Never Go Back