Angel Olsen reveals ‘Through The Fires’ 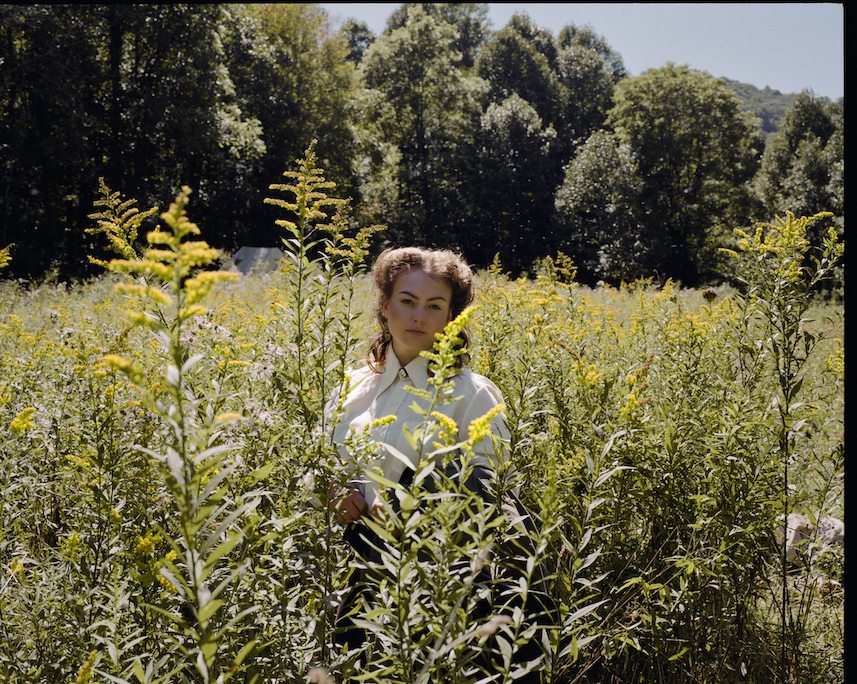 ANGEL OLSEN REVEALS ‘THROUGH THE FIRES’

NEW SINGLE OFF BIG TIME, OUT 3 JUNE ON JAGJAGUWAR

Watch the lyric video for ‘Through The Fires’ here: https://www.youtube.com/watch?v=8QXDHL_c65M

“’Through The Fires’ is the centerpiece statement of this record. It’s a song I wrote to remind myself that this life is temporary, the past is not something to dwell on, that it’s important to keep moving, keep searching for the people that are also searching, and to notice the moments that are lighter and bigger than whatever trouble I’ve encountered.” – Angel Olsen on ‘Through The Fires’

Angel Olsen will release her new album, Big Time, on 3 June via Jagjaguwar. Ahead of its release, she’s presented gorgeous singles, ‘All The Good Times‘ and the album’s title track, and today unveils the album’s centerpiece ‘Through The Fires’. Big Time was forged in a whiplash; the rare, fertile moments when both fresh grief and fresh love occur, when mourning and limerence heighten, complicate and explain each other. This is immediate in ‘Through The Fires’, throughout which Olsen’s singular voice unfurls over piano, drums and a string trio, as she commemorates working through and breaking self-boundaries to find one’s true self. It’s heartbreaking and resilient all at once. The single is accompanied by a lyric video shot by Angela Ricciardi.

‘Through The Fires’ lyrics:

Big Time is an album about the expansive power of new love, written during the time Olsen was coming out as queer, and having her first experience of queer love and heartbreak. But this brightness and optimism is tempered by a profound and layered sense of loss; both of Olsen’s parents passed within weeks of each other, just after Olsen came out to them.

Big Time was recorded and mixed with co-producer Jonathan Wilson at his Fivestar Studios in Topanga, California. Drew Erickson played piano, organ, and handled string arrangements, and Olsen’s longtime bandmate, Emily Elhaj, played bass throughout. Big Time proves Olsen is now writing from a more rooted place of clarity. While her previous record, All Mirrors, was full of dramatic shifts and twists, here the surprises come in their simplicity—a slow swell of strings, instrumentation that cycles like a storm, or sparkling horns in a light-flooded break-up ballad. These are songs not just about transformational mourning, but of finding freedom and joy in the privations as they come.

As previously announced, every CD and LP copy of Big Time ordered directly from the label store will include an additional charge to offset the carbon emissions of each piece. Jagjaguwar, in partnership with Terra Lumina Consulting, calculated emissions and costs to achieve a carbon negative product for “cradle-to-grave” use of each physical piece: from the mining of materials, to pressing and shipping, to the electricity consumed by your stereo at home, to end of life disposal. Carbon offsets will be purchased through Native, supporting the Medford Spring Grassland project.

Recently, Olsen and director Kimberly Stuckwisch announced a new film, also titled Big Time, presented by Amazon Music. The 28-minute film premieres June 2nd at 2:30am BST on the Amazon Music channel on Twitch and via the Amazon Music App. The Big Time Twitch Watch Party will also feature a Q+A with both Olsen and Kimberly, followed by a concert airing from the premiere party at Brain Dead Studios in Los Angeles.

Angel kicks off The Wild Hearts Tour with Sharon Van Etten, Julien Baker and Spencer. this July, and will tour Europe this autumn with support just added from Tomberlin. All dates are below and on sale now.

Watch the previously shared video for ‘All The Good Times’ here: https://www.youtube.com/watch?v=ZjXQWZryxOM