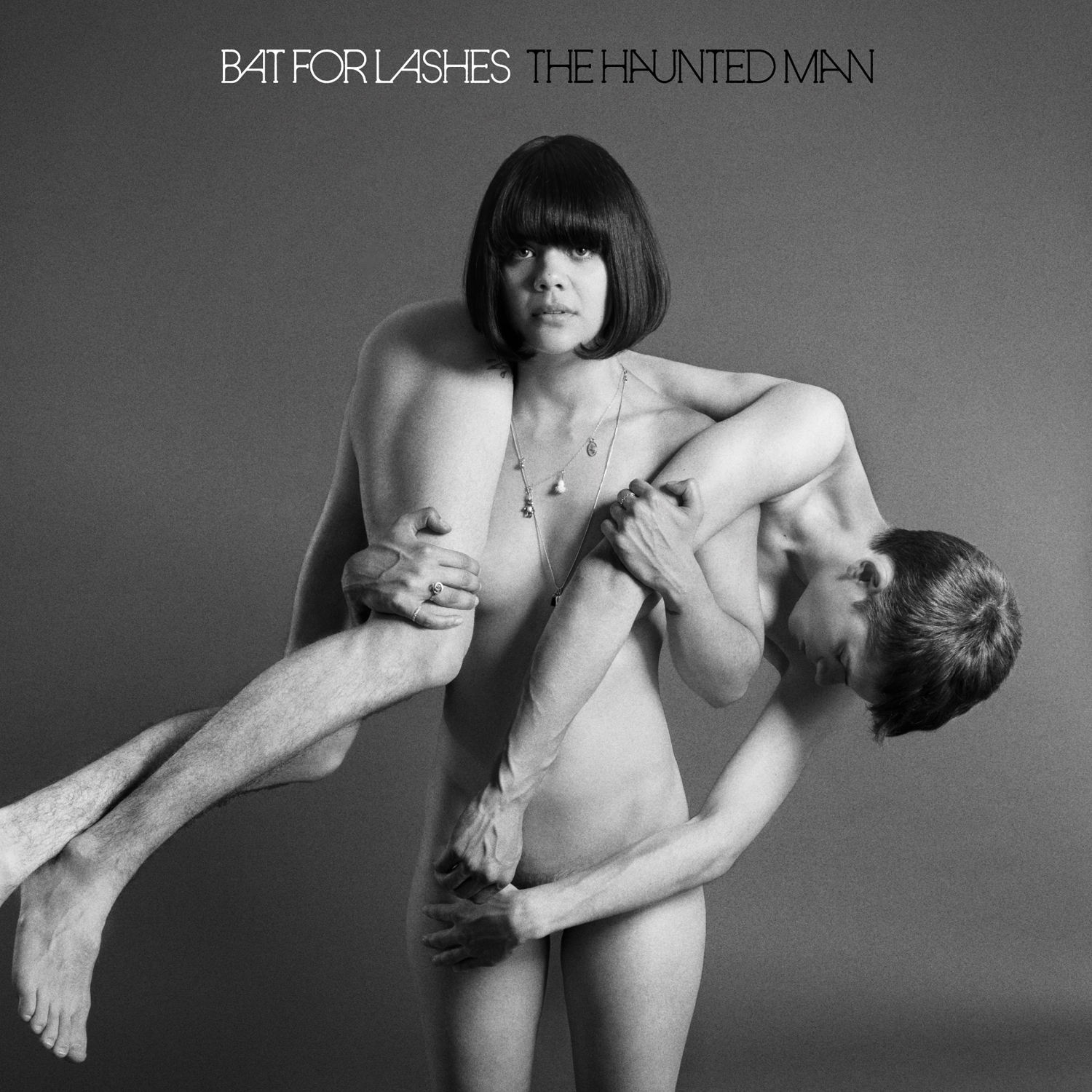 Bat for Lashes has announced a brand new song ‘Laura’, after Zane Lowe premiered it this evening on Radio 1 as his ‘Hottest Track In The World’. Taken from the highly anticipated third album The Haunted Man, released on 15 October in the UK (23 October in the US), the track will be available as an instant download to fans who pre-order the album on iTunes as of midnight tonight. ‘Laura’ has already struck a chord with fans after live performances at recent European festivals.

This devastating, tear-stained swoon of a piano ballad featuring seductively sombre horns and strings is accompanied by a suitably heart rending video, visit http://www.youtube.com/watch?v=UznHTBZIa8E to watch it now.

The striking album artwork for The Haunted Man has also been revealed. Shot by the revered photographer Ryan McGinley, known for his naturalistic imagery, Natasha appears naked and carrying a man around her shoulders. The first single to be taken from the album will be premiered in late August.

Bat for Lashes first captured hearts back in 2006 with a set of distinctively haunting and rich songs ripe with magic realism. Her dream world was opened up in two Mercury Music Prize nominated albums, Fur and Gold (2006) and 2009’s universally acclaimed Two Suns. The latter featured the irresistible ‘Daniel’ – which won Ms Khan an Ivor Novello award for Best Contemporary Song – and began her journey into the mainstream.

Since releasing the universally acclaimed album Two Suns in 2009, which has now sold over 250,000 copies, Natasha toured South America with Coldplay in 2010, collaborated with Beck to write a song for the Twilight film, Eclipse, headlined two sold out shows at the Sydney Opera House in June 2011 and covered Depeche Mode’s ‘Strangelove’ for Gucci’s Guilty campaign, released on limited release on 7” vinyl for this year’s Record Store Day.

Having performed a stand out main stage set at Latitude, a full UK tour has been announced for the Autumn, playing The Forum in London on 29 October. Natasha will also be appearing at Bestival and Electric Picnic in September.