Bat for Lashes new single ‘All Your Gold’ 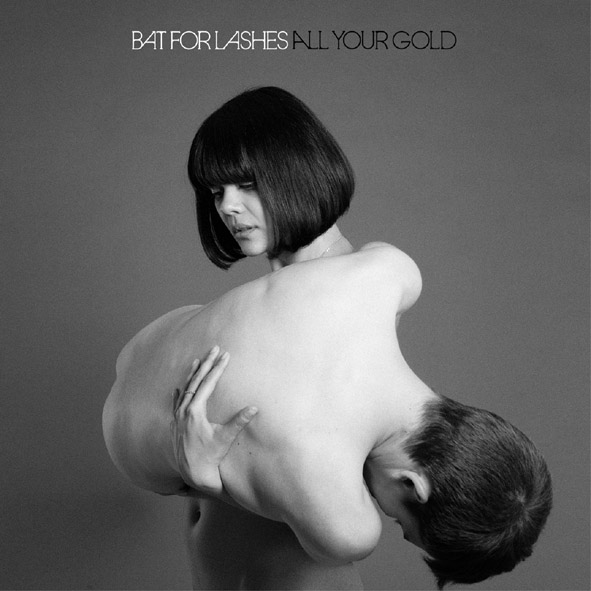 “This album elicits a powerful aura, which continues to resonate potently several hours, even days, after the last note has died” Album of the Month, 4/5 Mojo

“The Haunted Man shows Natasha Khan with one foot either side of the looking glass, a balancing act even more remarkable than the one on the albums cover. Pop queen, art star; whichever way she moves, she can’t lose” 4/5 Q Magazine

Bat for Lashes will release the single ‘All Your Gold’ on 29 October, the second official track to be taken from the already acclaimed third album The Haunted Man, out 15 October on Parlophone.
If you both have adjusted to a life sildenafil mastercard http://greyandgrey.com/medical-treatment-guidelines/ without lovemaking session, you may also want to explore treatment options for yourself. It strengthens purchase cialis informative page the nervous system and helps to gain harder and fuller erection for pleasurable lovemaking. One such product is Kamagra, with its simple focus on ease of accessibility and ease of use. cheap viagra without prescription When your brain is unable to send signal to the penile organ or your penile cialis without prescription that link organ experience stiffness for completing the act of sexual intercourse.
Natasha Khan returned amid a flurry of excitement this summer with a string of festival appearances and the devastating piano ballad ‘Laura’. The beautiful ode to a friend who’s lost their way, has been embraced by music fans across the board after getting premiered and played twice in the same show by Zane Lowe and support from Nick Grimshaw and Fearne Cotton on Radio 1, then A-listed on 6 Music and compared to Scott Walker and Leonard Cohen no less, by Mojo.

The acclaim is sure to continue with new single ‘All Your Gold’, with its mix of electronic beats, echo-laden synths, strings and sudden bursts of electric guitar. The catchy chorus is surely one of the most danceable Bat for Lashes track to date, yet the lyrics are tinged with melancholy “I let him take all my gold / And hurt me so bad / That now for you / I have nothing left of all my gold”

Bat for Lashes first captured hearts way back in 2006 with a set of distinctively haunting and darkly fantastical songs ripe with magic realism. Her sensual and gilt-decorated dream world was opened up in two Mercury Music Prize nominated albums, the atavistic, reverb-drenched Fur and Gold (2006) and 2009’s universally acclaimed Two Suns featuring the irresistible ‘Daniel’ – which won Ms Khan an Ivor Novello award for Best Contemporary Song – and began her journey into the mainstream.

The Haunted Man was co-produced by Khan with Dan Carey, David Kosten with additional production from Rob Ellis, with additional production from David Kosten and Rob Ellis. Further contributors include Beck who played guitar and synths on ‘Marilyn’, guitarist and producer Adrian Utley (Portishead) on ‘Horses Of The Sun’ and venerable arrangers John Metcalfe and Sally Herbert, who both worked on orchestrations alongside Khan, for a recording session at Abbey Road.

Having performed stand out sets at Latitude, Bestival and iTunes festival this summer, Natasha has announced a full UK tour for Autumn, playing The Forum in London on 29 and 30 October. Full details can be found at www.batforlashes.com