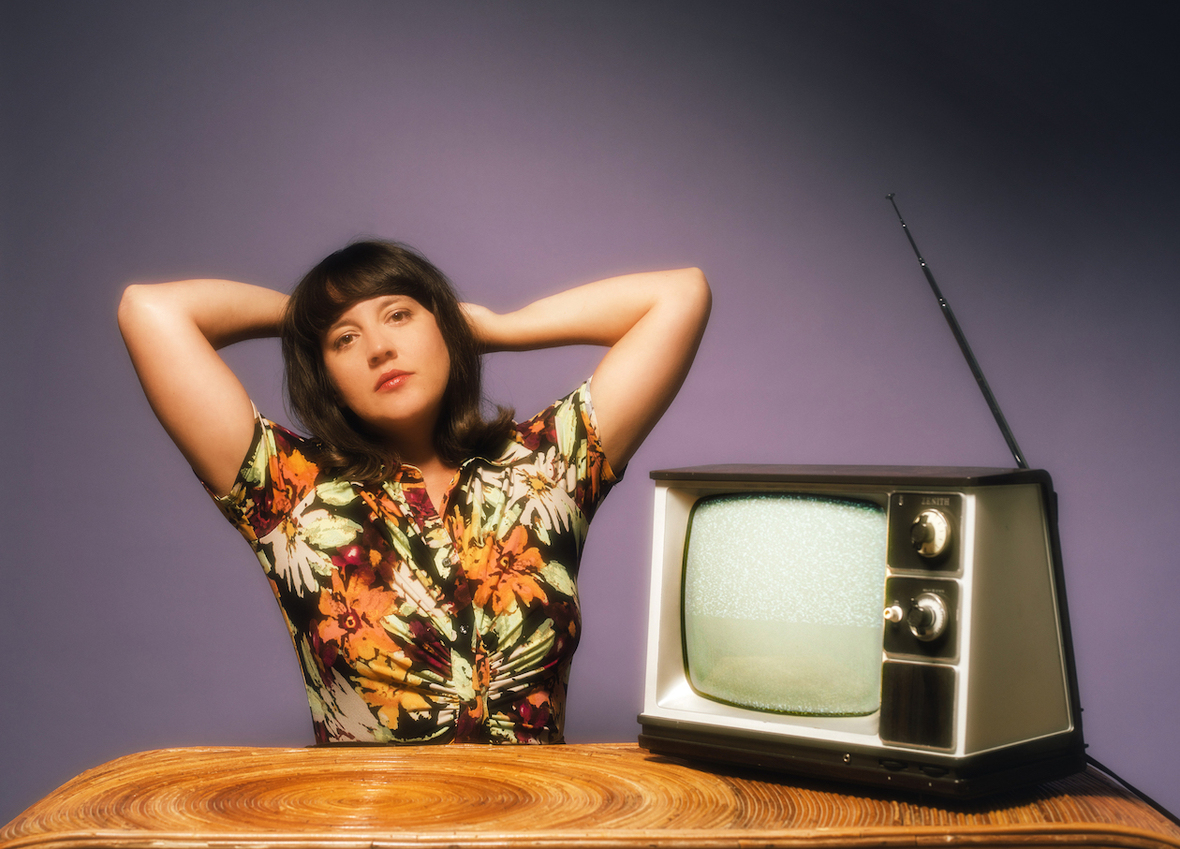 Facebook | Twitter | Instagram | Website
Today, celebrated Nashville singer/songwriter Caitlin Rose announces the November 18 release of CAZIMI via names. Her first new album in nearly a decade, CAZIMI was co-produced by Caitlin and Jordan Lehning. Along with the announcement, she shares a music video for the debut single ‘Black Obsidian’, a reflective song that wrestles between the need to let go and move on with the desire to create your own narrative obscuring a less-than-ideal reality. Caitlin will celebrate the announcement on Instagram Live with special guest Margo Price today at 8pm BST.

Speaking of the track Caitlin says:
“I think it’s common for people to fall into or back into difficult relationships after great personal setbacks. They can give you a kind of escape from yourself. It gives you this mostly impossible puzzle of trying to figure out what it is the other person is missing, what you could give them to make them whole, then depriving yourself of it in the process. It’s projection for the sake of purpose, loving someone knowing that they will always disappoint you. Because wouldn’t you want them to do the same?”

When Caitlin Rose settled in at Nashville’s Sound Emporium Studios for a week of tracking in February 2020, she never expected the world to turn on its head just a month later. It turns out, sitting with these songs a little longer is exactly what she needed. After a seven year absence following the release of her second LP, The Stand-In – a self-described Sisyphean nightmare of false starts and career blocks – she was finally ready to dismiss any preconceived idea of what a “Caitlin Rose Album” should be. The resulting 12-song collection reflects the multifaceted complexity of a fully-realised person, even if things had to be pulled apart and put back together a few times to get there.

Taking its title from the astrological term for when a planet is in such close proximity to the sun that it’s considered to be in the heart of it, CAZIMI chronicles “the slow motion unraveling of somebody’s life” in the aftermath. With a voice equal parts honeyed and world-weary, Caitlin sings self-aware songs of self-destruction, documenting proclivity and impulse control, bad habits in life and in romantic pursuits. She skips across genres, combining new wave influences with pop stylings and the melancholy songwriting that made her such a staple of the Nashville scene.

Not as much a return to form as it is a reintroduction to Caitlin Rose, CAZIMI follows 2021’s deluxe 10-year anniversary edition of her beloved debut Own Side Now. The album saw Caitlin declared as “the best thing to come out of anywhere for a very long time” by The Independent, while the The Sunday Times described it in their 5/5 ‘Album of the Week‘ review as “a stunning debut […] confident, adventurous, eclectic and fun”, The Guardian Guide declared a “major star alert” and NME noted that “the vulnerability in Caitlin’s voice chimes as true as the clink of a quarter in an old jukebox”.

The thing about Cazimi is that it is fleeting, an accidental moment of exaltation that goes just as fast as it comes. It was a phenomenon that Caitlin could relate to: “I was never prepared to take on everything that happened to me in my early twenties. Being all of a sudden thrust into spotlights that I had little business being under was rarely empowering, often more so debilitating, and being in the rush of it all, I never could quite catch up,” she explains. “I was living that ‘combust to the sun’ narrative and the burnout was inevitable.” Recording this album allowed Caitlin to reclaim the meaning of the word – Cazimi became the ideal, a place where a person can stand empowered by their own light rather than eviscerated by it. She continues, “I don’t want all I have to offer carrying around an expiration date,” she says. “I want to have all the time in the world.”P

Praise for Own Side Now: