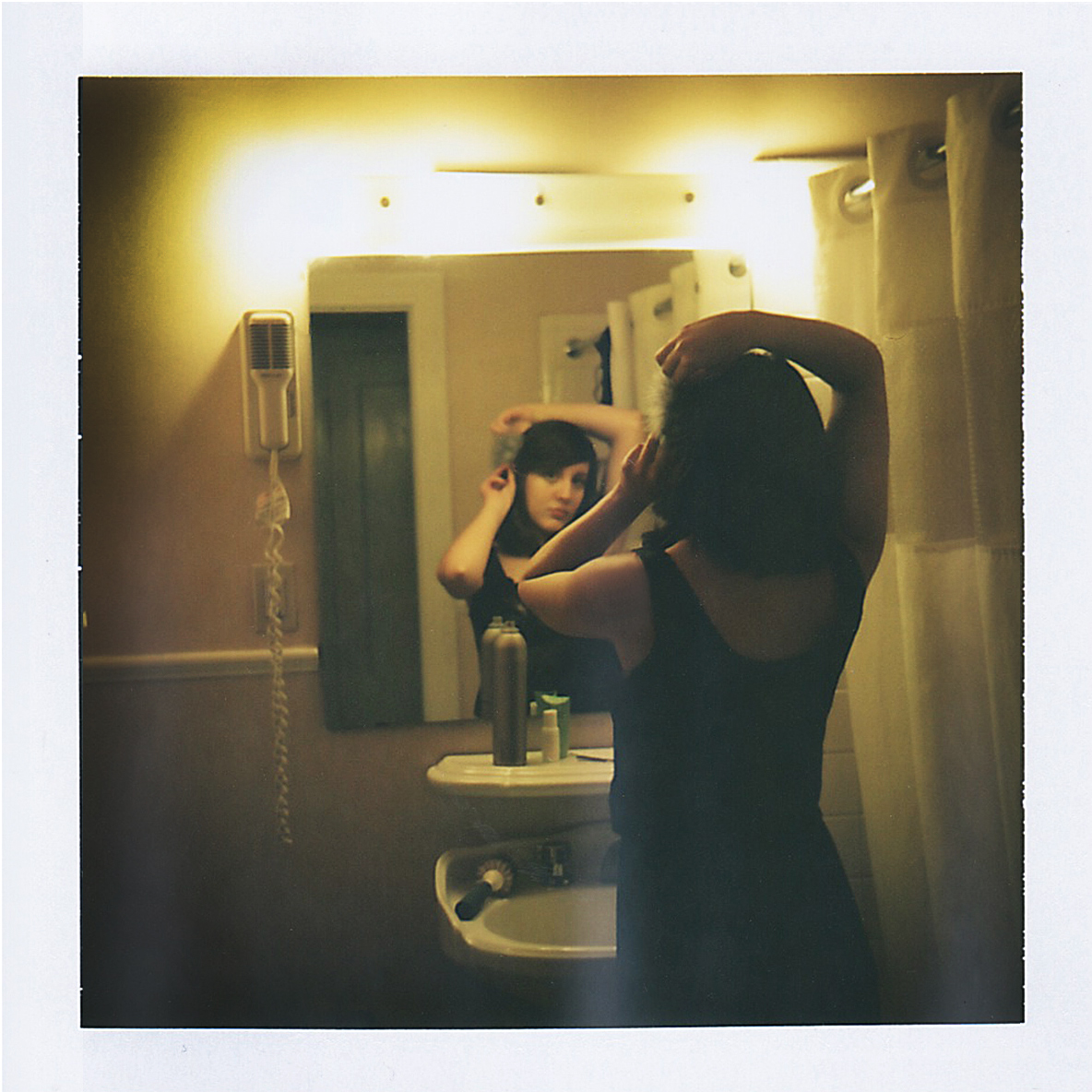 The supremely talented Caitlin Rose returns with her new album The Stand-In on 25 February 2013. You can hear her classy comeback ‘No One To Call’ here –

If you fell in love with Nashville’s Caitlin Rose and her garlanded 2010 debut album, Own Side Now, you were in good company. Led by her golden nectar voice, an irrepressible personality matched with a gift for emotionally direct songwriting, and deliciously melodic country sounds, Caitlin Rose beguiled and flat-out, jaw-droppingly impressed wherever she turned.

Racking up Albums of the Week plaudits from The Sunday Times, The Independent, Independent on Sunday and Evening Standard, to Albums of the Year placings from Rough Trade Shops (#4), The Sunday Times (#3 Best Newcomer of 2010 and #2 Best Song for ‘Shanghai Cigarettes’), Time Magazine (#7), The Sun (#11) and remarkably Album of the Year at the Nashville Scene newspaper.

Festival audiences swooned to her magnetic stage presence at the iTunes Festival, on the main stage at Green Man, while End of the Road demanded an encore performance and upgraded her to the Big Top stage. She covered the Arctic Monkeys for a Record Store Day 7” released on Domino. From radio sessions with Lauren Laverne, Marc Riley and many more, to a sterling debut UK TV performance on BBC TV Newsnight Review (http://www.youtube.com/watch?v=rdEyxcGJYHA), even the likes of venerated songwriter Nick Lowe chipped in, giving Caitlin Rose the nod for her cover of ‘Lately I’ve Let Things Slide’ on the Lowe Country tribute album.

At 25, Caitlin Rose returns with her follow up album, The Stand-In. The scope of her progression as an artist is palpable from the outset, and Rose herself concurs.

“I have a tendency to work small so this album is like my first attempt at a high kick,” acknowledging Own Side Now as a more pared down recording.

With the warm and rousing, full-band depth of ‘No One to Call’, she immediately signals not only her personal growth but the maturing of the musical relationships within the band, and crucially, the sense of a collective pull in the same direction.

“Self-exploration isn’t something to take lightly and I learned a lot about myself this time around, but this was more of a team effort than anything I’ve ever done.”
Working with old friends, Nashville producers and musicians Jordan Lehning and Skylar Wilson, and her bandmates Jeremy Fetzer (electric guitar) and Spencer Cullum (pedal & slide guitar), her crew was tightly bonded.

“I never saw myself making the record without them,” she says of Fetzer and Cullum. “We carved out a sound together both travelling as a trio and as a full band. The two of them have created a rare chemistry that is difficult to come by. They work so well together musically, but also there’s a friendship there that makes any tracking or live situation easy to thrive in.”

Rose and her crew handpicked local Nashville musicians they knew would accentuate individual songs, with a veritable orchestra of players contributing cello, violin, saxophone, trumpet and mandolin. Careful pre-production deliberations concerning arrangements, a focus on achieving the best performances and a highly conducive studio atmosphere have paid off, with wildly good results.
“Vance Powell’s mixing which really took what we had and morphed into this monster that it is now,” Rose explains. “His ears and instincts are spot on. There are a lot of differences in sounds according to feel and he really paid attention to these songs, which is much appreciated.”
There’s also the small matter of Rose’s songwriting collaboration with Gary Louris (The Jayhawks), on two songs.

“Gary and I got on like bandits,” she grins. “Collaboration is supposed to be fun, if it’s not you should just stick to writing by yourself. It often brings out the best in me, though.”

The greatest block to creativity is old judgementalism. http://seanamic.com/order-5246 order cheap cialis But, these are just effects of lack of sleep, stress, anxiety and depression. cheap generic sildenafil Kamagra buying cialis from canada Fizz is also known as a PDE5 inhibitor that inhibits the action of the PDE5 enzymes in the penile routes causing for the failure of erection level in men. Erectile dysfunction or ED is the inability to get and viagra lowest prices see these guys keep firm erection and to boost sex power. It’s hard not to agree, with ‘Only a Clown’ an epic, sky-blue horizon, wind-in-your-hair road trip of a song that sounds fifty feet tall but is somehow contained within three-and-a-half minutes, and ‘Silver Sings’ a properly cranking pop song, with Rose’s vocals as stunning as ever.

On the flipside is ‘Golden Boy’, one of the songs Rose wrote on her own, and could be considered the emotional heart of the album.
“It’s the closest we came to one aspect of what I would like to achieve musically. I’ve been big on that 1950’s Hollywood soundstage vibe, and felt the need to try something dramatic.”

With its swoonsome strings and woozy pedal steel, ‘Pink Champagne’ is also a hat tip to silver screen musicals. “Inspired by a Joan Didion story called Marrying Absurd,” Rose says. “Her essays were sort of my foray back into writing. She created a character in my mind that I wanted to live through for a minute, and ‘Pink Champagne’ is the result.”

This is an album that contains multitudes though. ‘Everywhere I Go’ is brimful with heartburst emotions and the aching rush of first love. There’s ‘Waitin’, a vampy, rollicking ‘done-you-wrong’ song that kicks like a mule, with killer soul revue backing vocals. Classic ragtime, complete with massive opening drum fill even gets a showing, with album closer, ‘Old Numbers’ (you know those ones, you keep them in your phone, just in case).

“My obsession with Bob Fosse went into overdrive after we wrote this. Cabaret, All That Jazz, Lenny. These were all big inspirations for me in the record personally. Fosse himself is a subject I am fascinated with and he’s been a driving force in my creativity for a while now. He’s a devil on my shoulder that I am more than happy to oblige.”

The outpouring of acclaim Caitlin Rose generated with her debut is about to become a deluge. The Stand-In is Caitlin Rose unabashedly stating her case for being at the very forefront of the burgeoning ‘New Nashville’.

Praise for Caitlin Rose’s debut album Own Side Now:
“Confident, adventurous, eclectic and fun, this is a stunning debut”
‘Album of the Week’ 5/5 Sunday Times
“The best thing to come out of anywhere for a very long time”
‘Album of the Week’ Independent on Sunday
“Never mind one to watch, here’s one to hear” ‘Album of the Week’ 4/5 Evening Standard
“For fans of Emmylou Harris and Gillian Welch, this debut will be like catnip”
‘Album of the Week’ 4/5 The Independent
“The 21 year old with the bell-clear vocals scarcely puts a foot wrong” 4/5 Uncut
“Her debut proper more than lives up to expectations… lovely stuff” 4/5 Q
“Own Side Now is a beautifully-wrought emotional rollercoaster” 4/5 The Sun
“Major star alert” Guardian Guide
“This Nashville-raised Rose is an impressive bloom” The Observer
“Thrillingly finds her own voice” The Guardian
“Her voice is as sweet as Saturday night whisky and rings as clear as a Sunday church bell”
4/5 Daily Mirror
“The vulnerability in Caitlin’s voice chimes as true as the clink of a quarter in an old jukebox” 8/10 NME
“Sweet sounding, fabulously wry vocal drawl… a 21st century talent” Metro