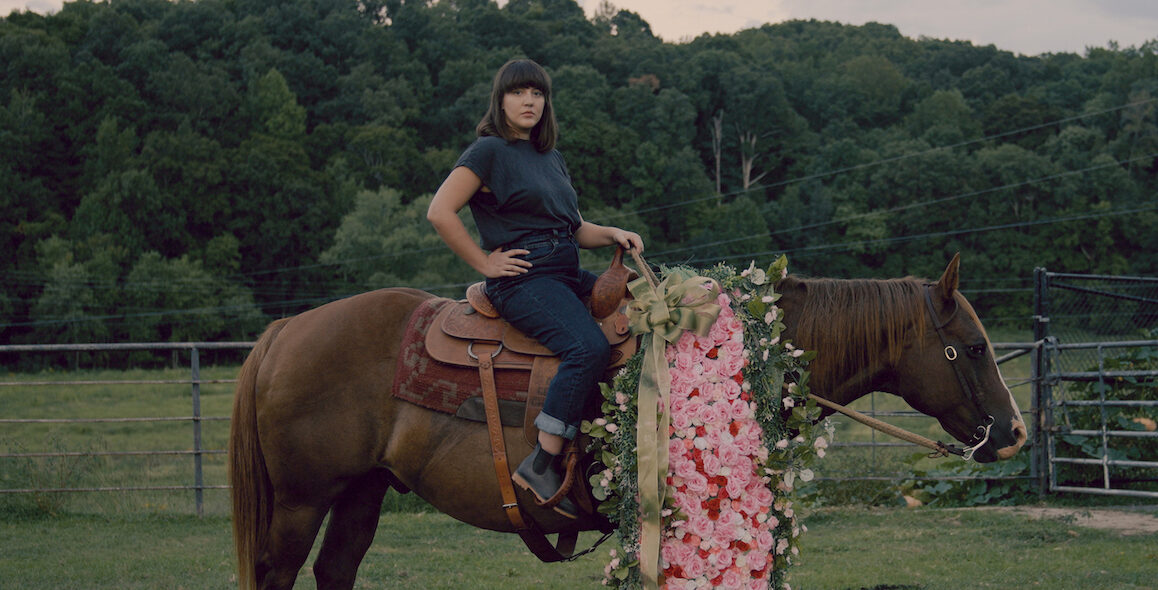 “She’s back and sounding great”
The Evening StandardWatch the video for ‘Nobody’s Sweetheart’ here:
https://www.youtube.com/watch?v=7u9NjTmjpwI

Celebrated Nashville singer/songwriter Caitlin Rose has today released her new single ‘Nobody’s Sweetheart’. Along with the accompanying official video directed by Austin Leih the new song is the latest peek at her forthcoming album CAZIMI, her first new release in nearly a decade, which will be released on 18 November via names. Co-written with Daniel Tashian (Kacey Musgraves), ‘Nobody’s Sweetheart’ finds Rose conflating self-acceptance with defiance.

Speaking of the track Caitlin says:
“For a long time I was doing a little series on Instagram where I would punchline all of the old sheet music I was collecting. There’s a 1924 tune called ‘Nobody’s Sweetheart’ and I added ‘and nobody’s fool’ as a crack. I ended up taking it down because I knew it would be a really fun one to write. Daniel Tashian just happened to be on my schedule that week and was the perfect musical cohort to explore this. I wanted something anthemic and fun to play in sets and that definitely scratched the itch.“

Speaking of the video Caitlin says:
“The video just came out of wanting to ride horses and, more specifically, that I always thought Nobody’s Sweetheart was a perfect racing name. We were able to film at the Loretta Lynn ranch thanks to some amazing friends. Crystal Lynn patiently guided me through an entire week’s worth of riding lessons in one day. I’m so thankful to the Lynn family for one of the best days I’ve had in a long time and for this perfect opportunity to become a born again horse girl.”‘

When Caitlin Rose settled in at Nashville’s Sound Emporium Studios for a week of tracking in February 2020 with co-producer Jordan Lehning (Andrew Combs, Caroline Spence, Rodney Crowell), she never expected the world to turn on its head just a month later. It turns out, sitting with these songs a little longer is exactly what she needed. After a seven year absence following the release of her sophomore LP, The Stand-In she was finally ready to dismiss any preconceived idea of what a “Caitlin Rose Album” should be. The resulting 12-song collection reflects the multifaceted complexity of a fully-realised person, even if things had to be pulled apart and put back together a few times to get there.Taking its title from the astrological term for when a planet is in such close proximity to the sun that it’s considered to be in the heart of it, CAZIMI chronicles “the slow motion unraveling of somebody’s life” in the aftermath. With a voice equal parts honeyed and world-weary, and featuring backup vocals from Courtney Marie Andrews, Rose sings self-aware songs of self-destruction, documenting proclivity and impulse control, bad habits in life and in romantic pursuits. She skips across genres, combining new wave influences with pop stylings and the melancholy songwriting that made her such a staple of the Nashville scene.Not as much a return to form as it is a reintroduction to Caitlin Rose, CAZIMI follows 2021’s deluxe 10-year anniversary edition of her beloved debut Own Side Now. The album saw Caitlin declared as “the best thing to come out of anywhere for a very long time” by The Independent, while the The Sunday Times described it in their 5/5 ‘Album of the Week‘ review as “a stunning debut […] confident, adventurous, eclectic and fun”, The Guardian Guide declared a “major star alert” and NME noted that “the vulnerability in Caitlin’s voice chimes as true as the clink of a quarter in an old jukebox”.

Praise for Own Side Now: