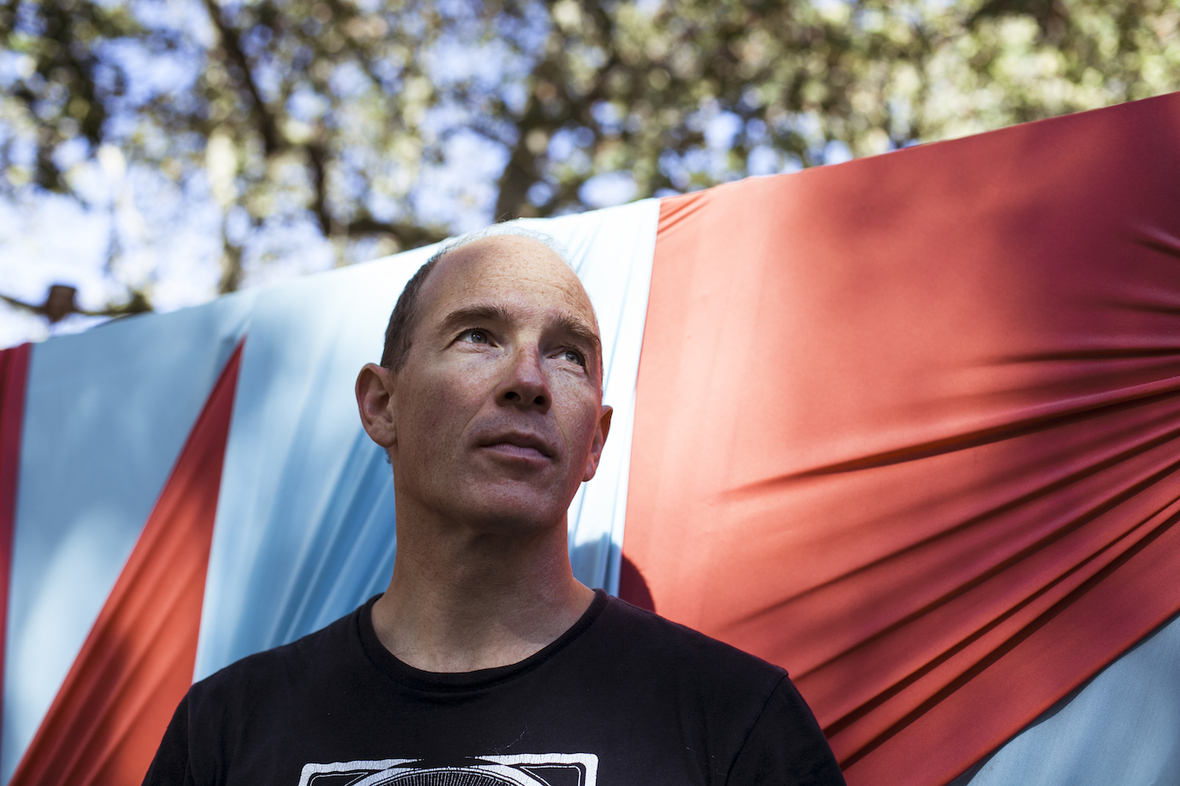 Daphni aka Caribou aka Dan Snaith‘s new album Cherry, his first album since 2017, will be released on 7 October via Snaith’s own Jiaolong label. Today he has shared a new single ‘Arrow’. Refreshing in it’s slow-reveal, ‘Arrow’ takes it’s time, choosing to luxuriate in lush simplicity and draw the listener in.

Speaking of the track Snaith says:
“‘Arrow’ is one of those tracks that’s happy to sit still – a loop that is content to keep looping and less happy the more fussy the arrangement becomes. There have been some really special moments when I’ve played it out – it’s not ostentatiously showy, no big builds or drops… but it has a way of building a febrile atmosphere in a club. When repetition pays off, it’s like staring at a Magic Eye picture as everything clicks into focus.”

Whether in the studio or the club, Daphni has always been a pursuit where Dan Snaith lets the music find its own path. With Cherry this is more evident than ever, this sense of the tracks as objects with life and desires outside of Snaith’s control has now become a driving force in their creation. Recorded over a prolonged period, Snaith let the music go where it wanted to go. It wasn’t until he put everything he’d been tinkering with together that he realised what he had. “It’s weird that when the tracks were put in what felt like the right order it took on a new coherence” he says, “where it pings quickly from one idea to the next and, at least for me, hangs together in way that feels unified. Maybe because it’s hard to avoid the musical fingerprints I leave on the music I make, whether I want to or not.

“The component parts have this same sense of independence, the essence of Daphni always present over music that is more free-wheeling than it’s ever been, almost escaping Snaith’s grasp as it tumbles and spirals. New gear and ways of working meant Snaith was able to sit at the centre of the music but let things get away from him a bit more as equipment began to make its own decisions before reeling it back in to suit his purposes, or as he puts it “getting the snake to eat its own tail”.

Listen to the previously shared title-track, which received rave reviews from Pitchfork (“It’s a summer anthem with sunrise raving written all over it”) and Resident Advisor (“beauty in simplicity”) here:
https://www.youtube.com/watch?v=qqI5-2G-x4w