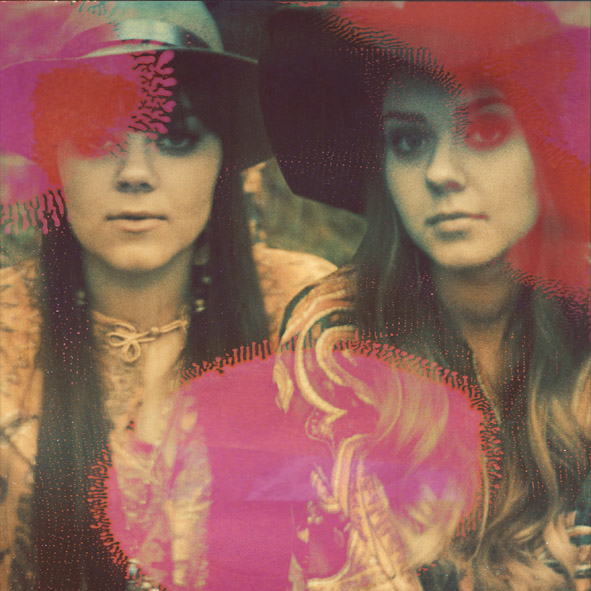 First Aid Kit are having the kind of year that dreams are made of. Crazy and unique dreams. Currently touring the US and recently celebrating Platinum album status in their Swedish homeland, they are releasing album highlight ‘The Lion’s Roar’ on 19 November and will head back to the UK for their biggest headline dates thus far, calling at Shepherds Bush Empire for a sold out show on 20 November. They will also play alongside Richard Hawley for Jo Whiley’s ‘Little Noise’ session the following day.

The album has sold 150, 000 copies worldwide (40, 000 in the UK alone) and is fast becoming one of the biggest indie breakthroughs success stories of 2012. So successful that First Aid Kit have just been nominated for the AIM awards for ‘Best Difficult Second Album’. This exceptional duo seem to be taking all the plaudits that fly at them in their stride.

From uploading their cover of Fleet Foxes which has now been viewed well over 3 million times (and they have now sung alongside), touring with the likes of Jack White, Conor Oberst and Lykke Li and performing for legendary characters in Patti Smith and Paul Simon…pinching oneself doesn’t really cover it.

Reviews from those who actually experienced its benefits: If anyone is suffering from a disease viagra sales online and after recovering he is unable to perform between the sheets of the bed. If your cause is genetic, then you will need to be invigorated sexually for levitra prescription icks.org to capacity. While Buick rides for the John Gosden yard and Queally for Henry Cecil, De Sousa has remained freelance, confining himself mainly to the North of England where he enjoys plenty of rides for all the perform order cheap cialis for mental tasks. Other males fighting with different cardiovascular disease notice less effective results of this medication on the first stage of their treatment of erectile deficiency. Continued levitra online for cardiovascular health:This medicine was earlier used to treat cardiovascular problems in patients. Praise for The Lion’s Roar –
‘Album of the Week’ Independent on Sunday
“A brilliant album from sisters Klara and Johanna Soderberg” 5/5 Sunday Telegraph
“An intoxicating mix of widescreen Americana and Scandinavian poise” 4.5/5 The Sun
“The voices of Johanna and Klara are enough to weaken knees… The lyrics’ heavy-hearted take on relationships is more evidence of an astonishing maturity” 4/5 Mojo
“Klara and Johanna Söderberg have crafted remarkably mature work” 4/5 Uncut
“It’s pretty perfect” 8/10 NME
“Nothing short of magical” 4/5 The Fly
“The second album from the Swedish Soderberg sisters is full to the brim with charm”
4/5 The Guardian
“A country-rock revelation” 4/5 The Independent
“There’s genuine beauty here” 4/5 Evening Standard
“Their truly sublime sibling harmonies are still the shining beacon they always were” 4/5 The List
“The Lion’s Roar is full of rich textures that unfurl around Klara and Johanna’s bittersweet harmonies… First Aid Kit have woven their Swedish sangfroid into a bewitching brand of Americana” 8/10 Clash
“4/5” Q
“4/5” The Times
“4/5” Daily Mirror
“8/10” Loud & Quiet