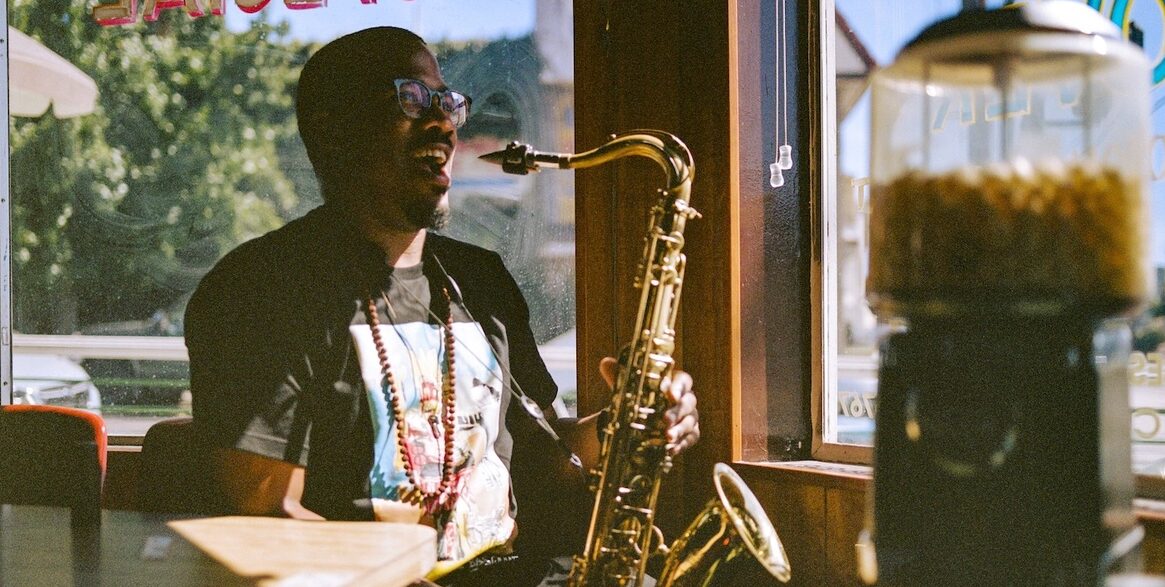 NEW ALBUM EYE OF I, OUT 3 FEBRUARY VIA ANTI-

“A saxophonist who embodies and transcends tradition”
The New York Times

“One of the foremost jazz technicians of his time, revered by his peers and jazz greats alike”
Clash

Watch a live video of the track here:
https://www.youtube.com/watch?v=NdjvDUt17t8

Described as “an artist with so much fire in his sound” by renowned jazz journalist Nate Chinen, James Brandon Lewis today shares ‘Send Seraphic Beings’, the final pre-release track from his upcoming album Eye of I to be released 3 February via ANTI-. Listen to the track and watch Lewis perform the song – featuring the trio Chris Hoffman (electronic cello) and Max Jaffe (drums) who play on Eye of I.

Lewis’ melodic identity encompasses ancient and future, inside and outside, density and openness, church and street. He’s a master of the short infectious motif, and like Sonny Rollins, devotes long expanses of his improvisation to the stretching and refracting and mutating of short phrases.

Lewis writes at the piano, not the tenor, and says that on this project, he found himself thinking cinematically after a conversation he had with saxophonist and composer Henry Threadgill. “He got me thinking about foreground, middle ground and background, like in a scene from a movie,” Lewis says. He adds that to make his themes stand out even further, he didn’t include conventional chord symbols or any harmonic guidance on his charts. “I don’t write any chords on my music. There are more colours available when things are open. I think that’s why my music has a certain lift to it, because I’m encouraging the other musicians to explore and bring out the harmonies that resonate for them.”

One result of that: Eye of I travels through a staggering range of musical styles and moods. From Donny Hathaway and Cecil Taylor to plaintive gospel cries and the contemplative ‘The Blues Still Blossoms‘ to the the anthemic closing throwdown ‘Fear Not‘, a collaboration with the postpunk group The Messthetics, an instrumental trio featuring guitarist Anthony Pirog, who is joined by former Fugazi members Joe Lally (bass) and Brendan Canty (drums).

This February, Lewis and The Messthetics will embark on a co-headlining US tour that will traverse both the East and West coast.

Pre-order Eye Of I, which includes liner notes by Thurston Moore, here:
https://www.jblewis.com/

Eye Of I tracklist: