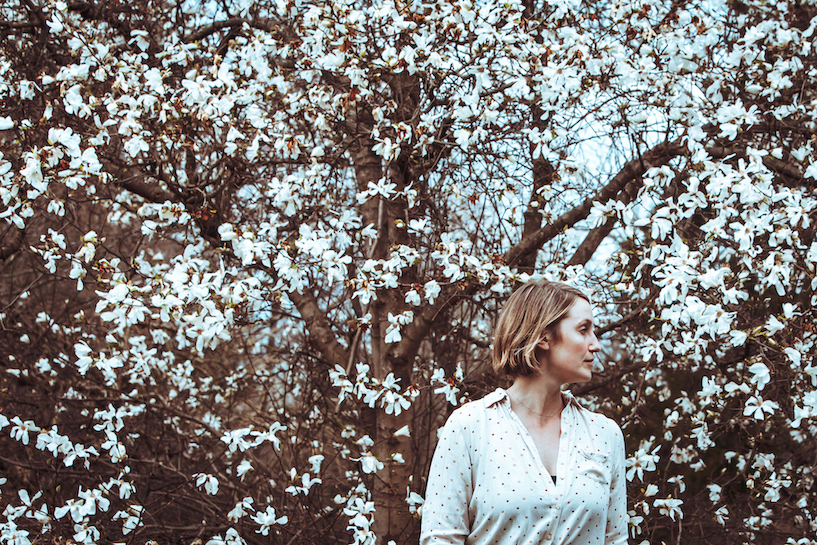 Joan Shelley’s new album The Spur will be released on June 24th. Today you can hear the new single titled ‘Amberlit Morning’ and watch the accompanying music video directed by Cyrus Moussavi and Brittany Nugent.

The song is a duet with Bill Callahan who also contributed to the arrangement and lyrics.

Shelley says of the track:

“When I was a child, my father the painter would tell me the Picasso quote: “Every child is an artist. The problem is how to remain an artist once we grow up.” He tried to teach me to hold on to that wonder and clear vision, but holding on proved impossible.

As I wrote this song, I watched it take on this theme of beauty and impermanence. I imagined making it a duet that would feel like a conversation between two constellations. I wanted to be sung a mythical bedtime story, one that Bill Callahan might write. So I asked him to write and sing it with me.

.”Callahan says of the collaboration:

“Joan’s guitar riff instantly sucked me into the world of the song. A world that was ongoing and ending and going on again. She wanted a little help fleshing it out, or just having someone else’s perspective on what she was looking at. I threw in some lines that she called mythical. I tend to see in myths, in dreams. I may have added a chord change, possibly at her request— the beautiful thing about the song for me is that it’s kind of covered its tracks in the snow so now I can’t remember entirely what I added or changed. Maybe that guitar riff is someone covering their tracks in the snow. I can just appreciate the mystery of the thing as a whole. Joan claims the high voice at the end is mine, the high voice covering the tracks of the low. I don’t know if I believe her.”

“Joan shared the song and gave us the prompt “Goodnight Moon”, which led us to George Méliès’ “A Trip To The Moon” and other early 20th century film and photo renditions of outer space. Brittany and I were also inspired by amateur star-gazing clubs in New York City. There’s a romance to looking up at space from one of the brightest points on earth.”

The Spur is Joan Shelley’s 6th studio album and her first since 2019’s acclaimed Like The River Loves The Sea. It was recorded in Kentucky and Chicago with longtime collaborator James Elkington serving as producer. Further collaborators also include Meg Baird and the British novelist Max Porter along with Shelley’s musical partner and husband Nathan Salsburg.