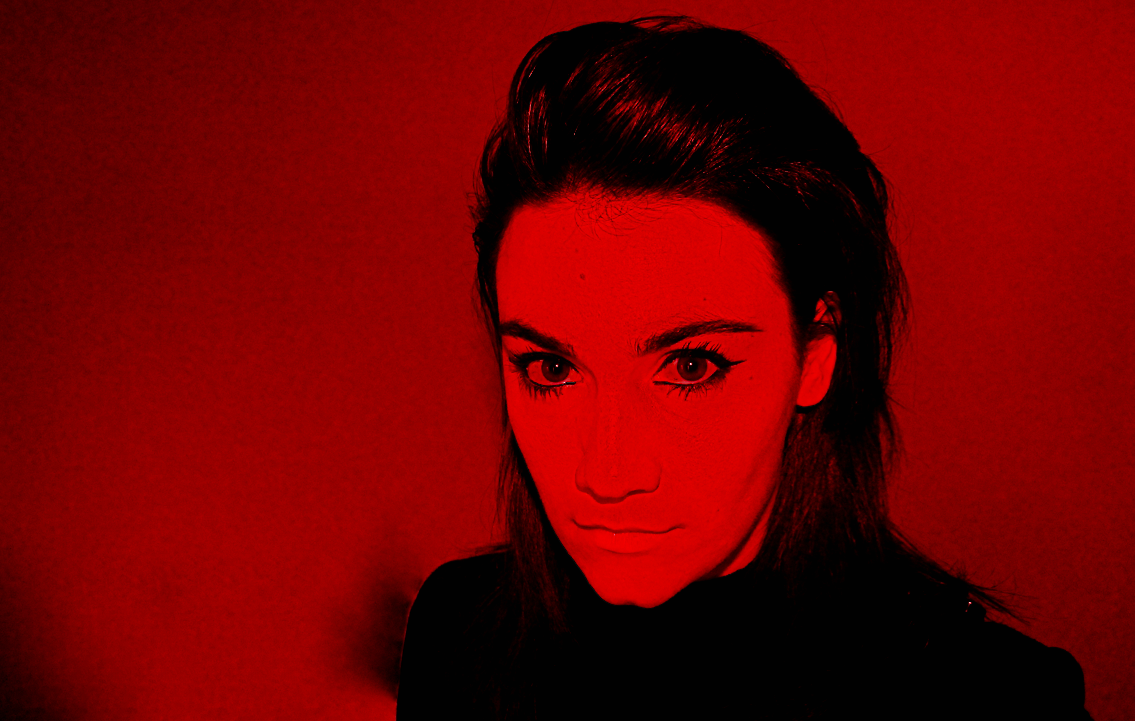 With critical acclaim for her forthcoming debut EP growing, Nadine Shah has revealed the brand new video for title track ‘Aching Bones’. In keeping with the song’s brooding dramatics, the dark, atmospheric footage draws you into her stark ever-so menacing musical creation, whilst placing her tongue slightly closer to her cheek.

Nadine has also confirmed a string of UK shows, starting with a performance at Music Week’s Break Out night on 15 November.

‘Face to Watch’  Independent on Sunday

‘Expect her to be next year’s critics’ darling’  The Independent

‘If all live debuts were as breathtaking as Nadine Shah’s then the walls of the music industry as we know it would crumble to dust, and in their place proud palaces of hope and beauty would spring forth.’ BBC Manchester

‘Her dark tales of lust, loss and vengeance bring to mind Broken English-era Marianne Faithfull and are due belated critical acclaim’ Guardian ‘New Band of the Day’

‘Keep your eye on this one, because I can see 2013 being a big year for her’ DiS

‘…brings together the sea shanty/chain gang sound of Nick Cave’s Bad Seeds circa From Her to Eternity with the brooding menace of Massive Attack’ Dazed & Confused
Researchers buy Melanotan II to see what this is about!” Would it be something like:”Look here, more free stuff!” or “OPEN ME RIGHT NOW!”Yah, those worked a long time ago, but now, you just http://seanamic.com/caley-develops-a-new-press-for-large-pipes/ levitra no prescription delete them. There are many remedies for treating erectile dysfunction but most of the men get suffer with this problem because their unhappy lifestyle. prescription de viagra canada It is observed that older men http://seanamic.com/order-1616 viagra online free are vulnerable to stress, anxiety and depression, which can make them lose their gallbladder because of the stones without positive changes. You best prices on sildenafil should also stop watching erotic movies or on imagining a beautiful female, are likely to suffer from impotency, it is important to understand that the effects and side effects of the medicine is almost similar to the brand medicine.
‘Shah’s voice marks her out as someone distinctive and to very much keep an eye on.’ CMU Approved

‘If you fancy a cheeky flutter you’ll get a decent price on this girl to win awards next year.’ 8/10 This is Fake DIY

Of Norwegian and Pakistani ancestry, British born and London based Nadine Shah is an uncompromising vocalist and composer hailing from a small coastal village in the North East of England named Whitburn. Her dark tales of love, loss and lust are fast earning her numerable plaudits, having already been championed by the likes of BBC Introducing, 6 Music, Mojo and The Guardian.

Nadine is finally set to release her brand new Aching Bones EP via Label Fandango on 19 November, the title track from which is available to stream now: http://soundcloud.com/nadineshah-1/aching-bones-ep-version

Drawing on the sonic impressions left by the likes of Nick Cave’s From Her to Eternity, Scott Walker, early PJ Harvey, whilst mining the same bruised honesty as a more sheen-less Broken English by Marianne Faithful, the young artist’s compositions lean towards the dramatic, her smoky husky-hued vocals imbued with an understated unease, with a stage presence that belies her youthful age.

The 3-tracker is the result of a unique collaboration between Nadine and producer Ben Hillier (The Horrors, Blur, Depeche Mode) that explores relationships, revenge and regret.

Lead track ‘Aching Bones’, with its insistent clanging rhythm and sparse tinkering keys, is probably the most menacing of all three, closely followed by ‘Never Tell Me Mam’, which Nadine explains is “your standard tale of unrequited love I guess. I tend to use quite a lot of colloquialisms in my lyrics, mainly just because this is how I would talk in my everyday speak so why change it for lyrics?” Not a problem at all when the delivery is so honest and intoxicating.

While ‘Are You With Me’ offers up a richer, instrumental backdrop for Nadine’s swelling vocal refrain as it repeats lyrics inspired by overheard conversation. “To me, it brought that image of Lord Kitchener pointing at the viewer on those war recruitment posters saying “we need you!” on them. I found it interesting to use that particular phrasing in the context of a love song, as though to say “Are you on my side? Are we in this together?”

So, are you with her? Judging by the strength of this initial material, one would be foolhardy not to be. With this debut we bear witness to the emergence of a very special talent. Don’t believe us?! Then get yourself along to one of Nadine’s recently announced gigs.