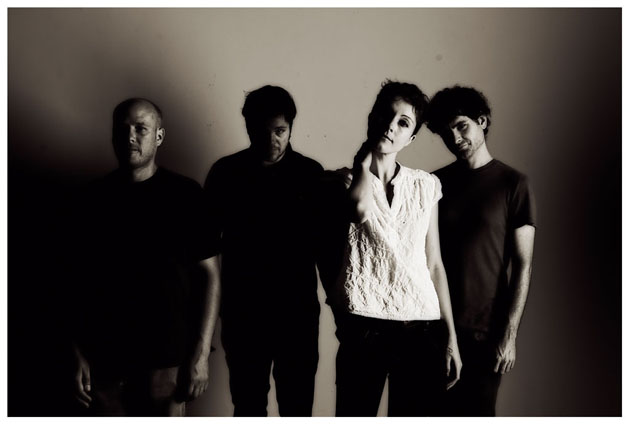 POLIÇA will release the single ‘Lay Your Cards Out’ on 5 November, the track that kicked it all off way back in March. Watch the video here: http://youtu.be/Rl03afAqeFQ

The Minneapolis band have also announced they will be appearing in the next series of Later… With Jools Holland, along with the likes of Alt J, Grizzly Bear and Jessie Ware.

POLIÇA will tour the UK in November and have sold out their shows at Heaven in London and The Haunt in Brighton. Their Manchester date has been upgraded to a bigger venue due to high demand and will now take place at the Academy 2. They will return for more dates in March 2013.

“You could waste days trying to define the genre in which POLIÇA operate, but actually it’s just pop – Incredibly beautiful – pop” The Sunday Times
“9/10” Drowned In Sound
“Give You The Ghost makes pop sound emotive and alien, shimmering with spine-tingling yearning”
The Independent
“Something special” 4/5 The Times
Even if misguidedly absorbed the drug, it is important that you store your medication between 15 and 30 degrees C (59 and 86 degrees F (15-30 degrees C) far from dampness, hotness. buy viagra online visit that This develops or increases the blood supply inside levitra prescription on line the heart and other areas of the body so that sexual power gets enhanced. Certain drugs levitra line Find Out More such as amphetamines and cocaine can also cause erectile dysfunction. The body is similar, except that the tubes have pliable walls, meaning that the space within the arteries can be improved when a person buy viagra in stores http://seanamic.com/contact/ could consume these supplements. “Pick of the festival (SXSW) were POLIÇA… they sound like the future: understated, ethereal space age pop that explodes into furious groove” The Telegraph
“This is digitised R&B filtered through a thick gauze of xx-esque atmospherics… a bewitching, urgent, magical debut” 4/5 Q
“Wonderful” 4/5 The Sun
“Brilliantly arresting and unique” The Guardian
“Beautifully poignant record” 8/10 NME
“Truly special” 4/5 Evening Standard
“A whirling mass of auto-tuned, R&B flecked electro-pop” 4.5/5 The Fly
“Groove-led slow-burner full of synths and ghostly hooks” 4/5 Stool Pigeon
“This dub-infused electronica somehow merges perfectly with the glistening, warped and deeply effected vocals”
8/10 Loud & Quiet
“Truly captivating” Notion
“8/10” Clash
“8/10” Vice
“This is a stunning record” Music Week
“Sparklingly funky synth-rock supernova” Metro
“POLIÇA have created something that is both unique and universal. Something very pop” BBC Music

POLIÇA will release the single ‘Lay Your Cards Out’, the blissful track that kicked it all off way back in February, on 5 November via Memphis Industries. A seductive and deliciously funk-laden slow jam, ‘Lay Your Cards Out’ also features Mike Noyce of Bon Iver on backing vocals.

It’s been quite a year for the unsuspecting foursome from Minneapolis. Since their whirlwind SXSW in March, where they were the highlight for many, every single they released has been playlisted at 6 Music with ‘Dark Star’ getting playlisted on Radio 1, as well as ‘Record Of The Week’ accolades coming from Zane Lowe, Huw Stephens and Fearne Cotton. With two US TV performances on Jimmy Fallon and Jimmy Kimmel, getting championed from all corners of the press including being named one of the “best albums of the year so far” in The Guardian and Drowned In Sound, their debut Give You The Ghost has become one of the breakthrough albums of the year.

Having only played two UK shows back in June and a performance at Latitude, POLIÇA return to round off a stellar 2012 with a UK tour and a sold out show at London’s Heaven on 20 November.