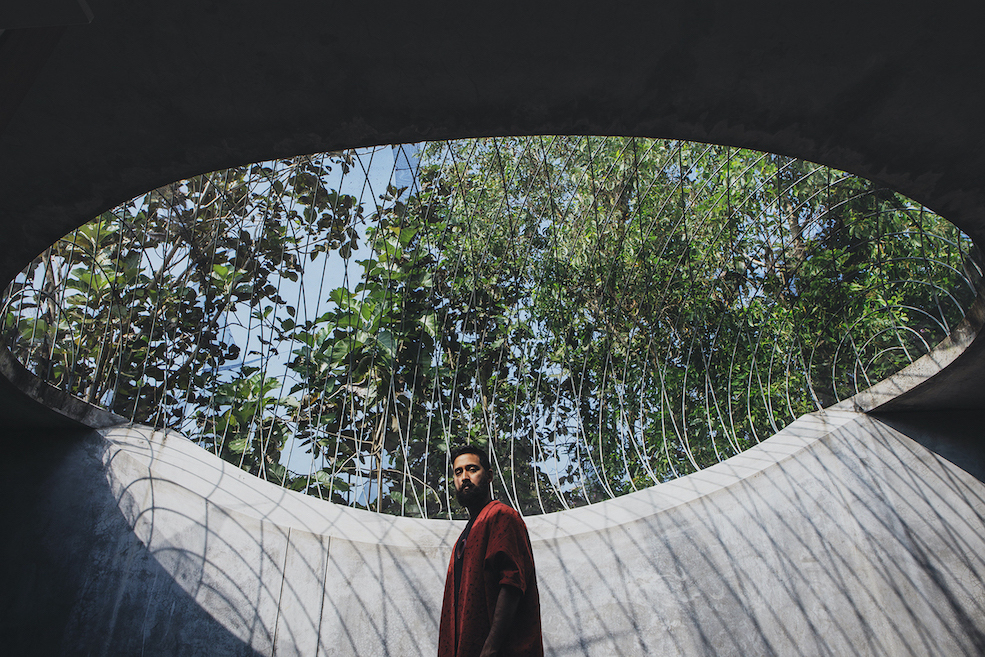 NEW ALBUM KALAK OUT 11 NOVEMBER VIA THE LEAF LABEL

Listen to ‘Remember To Look Out For The Signs’ here:
https://www.youtube.com/watch?v=wbrcWimlzto

Following previous singles ‘Utopia Is A Colonial Project‘ and ‘Remember Begum Rokheya‘, Sarathy Korwar has today shared ‘Remember To Look Out For The Signs’, the third track taken from his new album KALAK which will be released on 11 November via The Leaf Label.KALAK is the palindromic form of Kal – a Hindi/Urdu word meaning yesterday and also tomorrow – and represents the ancient/futuristic cyclical rhythm coined by Sarathy that makes up the heart of the record. Nowhere is this represented more than on ‘Remember To Look Out For The Signs’ where fascinating rhythms close out the record and bring things full circle, ready to begin again.

Speaking of the track Sarathy says:
“‘Remember To Look Out For The Signs’ is currently my favourite song on the album. Hypnotic and polyrhythmic drum grooves that epitomise the cyclicality of KALAK. It’s a warning call, a reminder that change happens incrementally and if we don’t pay attention, it might be too late.”

An Indo-futurist manifesto, KALAK celebrates a rich South Asian culture of music and literature, while leaning on the aural tradition of passing rhythms, melodies, stories and recipes from generation to generation, and attempts to use those parts to describe a better route forward. KALAK was recorded at Real World Studios with meticulous production by New York electronic musician, DJ and producer Photay, who translates these communal rhythms and practices into a timeless and groundbreaking electronic record. With The Comet Is Coming’s Danalogue on synths, Tamar Osborn’s baritone sax, Al MacSween on keys and percussionist Magnus Mehta, who all performed on More Arriving, the album also features vocals by Kushal Gaya of Melt Yourself Down and Mumbai-based producer and electronic artist Noni-Mouse, as well as a track recorded with Japanese drum ensemble Kodo. There’s a spirituality and warmth at play in the polyrhythms, group vocals and melodic flourishes.

KALAK will be released on November 11th in three vinyl editions (on black, dark green, and for a special Dinked Edition, crystal clear vinyl) and a CD, each featuring a different cover image. All vinyl editions include an 8-page booklet, created by Sijya Gupta, with Korwar’s notes on the concepts behind the project. The Dinked Edition, available exclusively from select independent UK record shops will also include a rotating card KALAK rhythm wheel.

Sarathy will be making a small number of live appearances around the release of the album, to be followed by wider touring in 2023. This includes a show at London‘s Oslo on 30 November. Full dates are below and tickets can be found here.