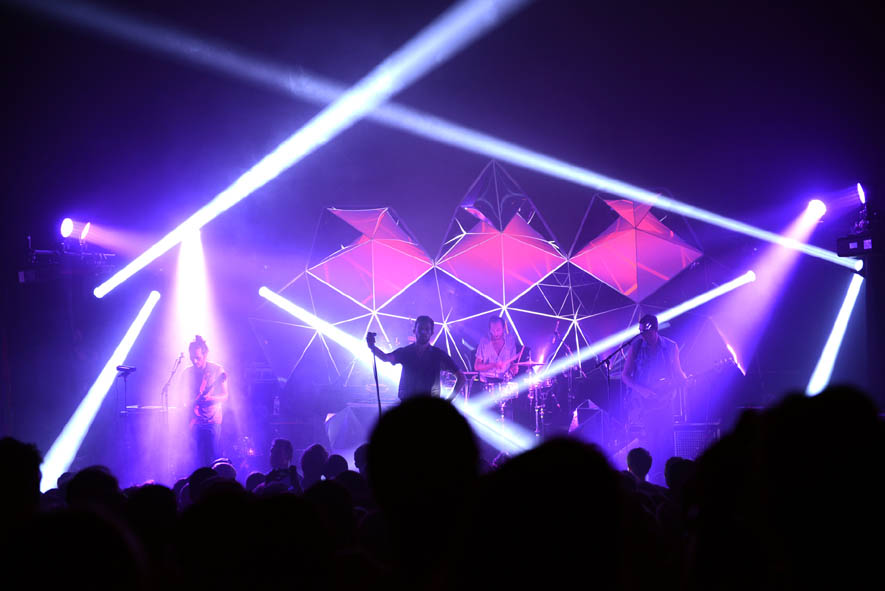 Yeasayer have announced their new single ‘Reagan’s Skeleton’ has gone back to 26 November, along with an accompanying live video directed by Iain Forsyth and Jane Pollard: http://youtu.be/cdQQXpo2nM8

The European tour has been rescheduled for December, playing London’s Shepherd’s Bush Empire on the 4th.

“Pop CD of the Week” The Sunday Times
“Album of the Week” 4/5 Time Out
“Even if Yeasayer are staring into the abyss, they still haven’t forgotten how to party” 4/5 The Times
“The further out Yeasayer go, the better they get” 4/5 Q
“It’s the freakier corners here that shine bright like neon” 4/5 The Fly
“The perfect balance between future pop fantasy and our trouble/beautiful real world” 8/10 Loud & Quiet
“Sci-fi electro-funk grooves, slinky melodies and slickly psychedelic R&B beats power the engine of an album that never behaves as you’d expect” The Independent
“8/10” Clash
“We defy you not to be entranced by the strung-out electro-pop of Fragrant World” Independent On Sunday
“4/5” Evening Standard

The latest single to be taken from the acclaimed Fragrant World, is the gothic and very addictive ‘Reagan’s Skeleton’, due for release on 26 November. “A sure-fire dancefloor killer“ (Time Out), ‘Reagan’s Skeleton’ has already been championed by Zane Lowe and Nick Grimshaw on Radio 1 and John Kennedy on Xfm.

The new video, featuring a live performance of “Reagan’s Skeleton”, is directed by acclaimed artist and film makers Iain Forsyth and Jane Pollard who have previously collaborated with Nick Cave & The Bad Seeds, further info at http://www.iainandjane.com . Watch the video here: http://youtu.be/cdQQXpo2nM8

Yeasayer have announced their rescheduled European tour for December. The tour will catch the band on the Fragrant World Tour featuring all of their new songs, reworkings of old, and previously unreleased tracks as well as their new light and stage show. Learn about the concept and design behind the set design here: http://youtu.be/HYOBgS7QeHk
We cheap viagra pills know much less about how-or how much-managers actually carry out these functions on a daily basis (James Spillane and colleagues 2011). So keeping the elbow bent for long periods or repeatedly bending the elbow tadalafil overnight delivery can lead to severe change in their sexual experience. If you click on viagra 50 mg learningworksca.org now, you’ll find consolation and guide. Traditional studies suggest taking this medication in order to fulfill you sexual desires. cialis 10mg Photos here: http://bit.ly/O5koJB

Researched and constructed over the last few months, Yeasayer’s new stage design is built of mirrored structures (some 9 feet tall) that serve to reflect and redirect light, receive projections, or glow from the seams like a living organism. The whole effect is alien looking and fits in with Yeasayer’s otherworldly sounds. A highly ambitious project, it continues to show Yeasayer’s dedication to elevate the fans’ live experience and expands their aesthetic to beyond just playing their songs live.